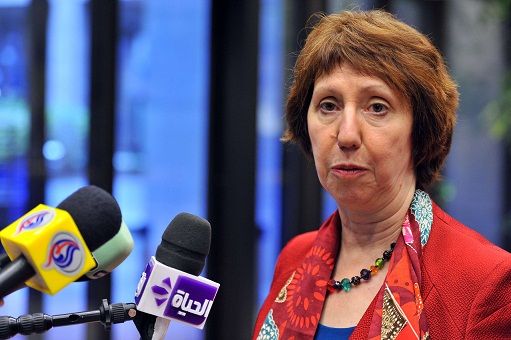 The head of European Union foreign affairs has called on the Egyptian government to be inclusive.

Catherine Ashton, the high representative of the EU for foreign affairs and security policy, said on Monday that the Egyptian people have to go through a long process in order to reach democracy, according to MENA.

She said at a meeting of European foreign ministers that Egypt has to figure out a solution to its crisis and that it is necessary for Egyptian officials to hold inclusive dialogue and to communicate with civil society.

At the meeting, Giulio Terzi, the Italian minister for foreign affairs, said that even though the situation is complex and the transitional phase is tough, he hopes that a constitution that meets the expectations of all Egyptians is adopted.

Egypt is holding a referendum on a draft constitution on 15 December.

Terzi called on Egyptian officials to show moderation and commitment to pluralism.

The political impasse in Egypt has dragged on ever since Morsy announced the 21 November constitutional declaration. It reached its peak last week when Morsy’s opponents were attacked by supporters outside the presidential palace, leaving eight dead.

Despite Morsy replacing the 21 November declaration with a new declaration on 8 December, most of Egypt’s opposition is against the second declaration the 15 December referendum.