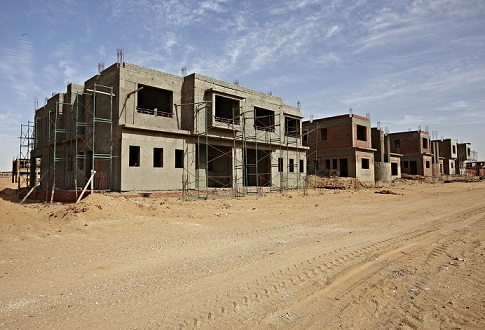 Real estate developers, along with the Ministry of Housing, have all recently called for the re-writing of Egyptian land contracts.

They want the contracts revised in a way that restores confidence and addresses problems encountered by companies over the last two years.

Since the 25 January Revolution, many land contracts have been cancelled due to obstacles encountered by businessmen dealing with government bureaucracy.

The housing ministry announced that it looked forward to working with investors in re-writing the format of land contracts and applying the suggestions made by businessmen, who have been hurt most by the deterioration of Egypt’s land markets.

Egypt’s current land contracts lack uniformity with regards to the conditions applied to each case, and the types of building activities permitted on particular plot of land. Land developers claim that the wording of many of these contracts is vague and often interpreted differently. This often delays construction and prevents government organisations from granting licenses in a timely fashion and organising their system of fines and fees.

Since the revolution, many companies have cancelled their contracts, prompting government agencies to withdraw and take land from others who have not met construction deadlines. This has created a general sense of fear amongst investors and clients alike.

Developers hope through their suggestions to end the various contradictions found in many land contracts, and replace them with a set of fixed rules regarding the size of land to be sold, the timeframe for which government agencies can pull licenses and the deadlines for which they are to help provide utilities.

One contradiction commonly encountered by businessmen has to do with contracts claiming that the timeframe for completing a project is conditional upon when the government agencies can provide investors with utilities, while at the same time contain clauses stipulating that fines can be imposed and projects can be cancelled if projects are not completed by a certain date.

“Government agencies are often late to grant licenses and permits, often doing so years after the target date for construction has passed,” said the chairman of Arabia Group for Investment, Tarek Shokry.

Magdy Aref, president Era for Urban Development, stated that “new contracts need to include clauses that divide the construction process into stages, as has been done in previous national land development projects, that set deadlines for each stage and require reports to be written detailing all progress made.”

He pointed to the need to include clauses stipulating that government agencies provide all necessary facilities and utilities before the bidding round process.

“The current contracts often don’t include the cost of these utilities, particularly water, which costs EGP 15 per cubic metre, forcing businessmen and investors to cover this cost which leads to a rise in the overall cost of the building,” added Are

Furthermore, Aref declared his rejection any plan that included within it clauses that allows government agencies to permanently seize land from businessmen, suggesting instead that such practices be replaced with a series of fines or fees. He called for the creation of a union of land developers that would be responsible for categorising companies based on their size, ability to compete and capability of successfully develop land.

“Keeping housing contracts as they were would make developers averse to buying land and put a hold on their activities,” said Taha Abd El-Latif, board member for the Real Estate Investment Division. He described the current system of contracts as one that benefited the state, and served as an obstacle to real development and the securing of large investments, adding that “the system needed to be reformed in order to take into account recent changes in the real estate market.”