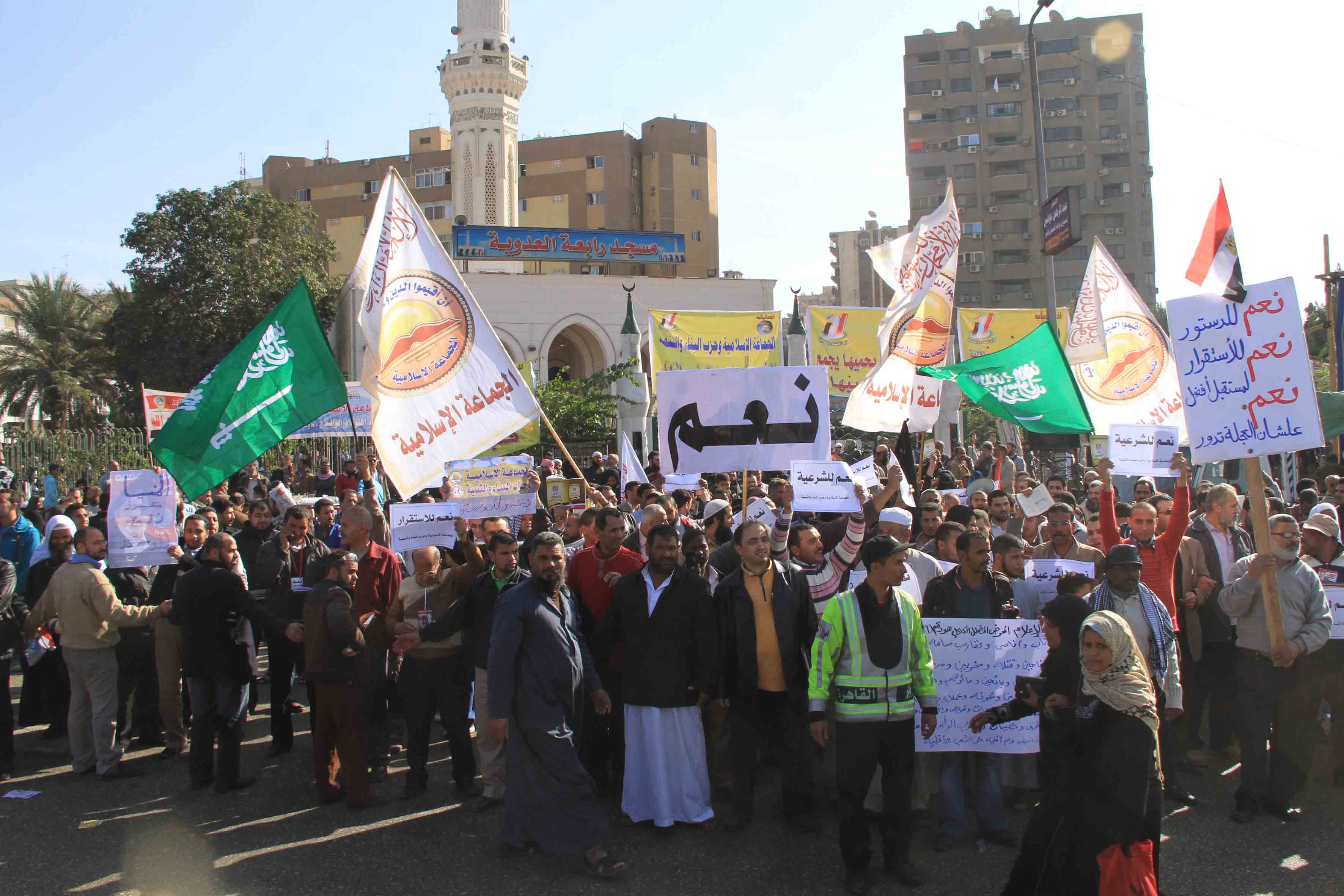 Islamist groups have planned demonstrations in Cairo and other cities on Tuesday in support of President Mohamed Morsy, his constitutional declaration, and the proposed constitution scheduled to be put to referendum on Saturday.

The Muslim Brotherhood, in cooperation with many of Egypt’s Islamist groups, announced plans to gather at Rabaa Al-Adawiya Mosque and Al-Rashdan Mosque. According to a statement issued by the group, the two demonstrations will meet in “one location to be determined later, depending on certain circumstances.”

The groups officially participating include the Islamic Legitimate Body for Rights and Reformation, the Salafi Calling, Gama’a Islamiyaa, the Muslim Brotherhood, the Association of Sunni Scholars, the Board of Trustees of the Revolution, the Salafi Front, Al-Nour Party, the Freedom and Justice Party, the Construction and Development Party, the Asala Party, and the Islah Party.

While the influential Salafi Al-Nour Party had temporarily withdrawn its participation, it later declared its intention to take part in the rallies supporting the president.

The Egyptian Student Union (ESU) also announced its participation in Tuesday pro-Morsy demonstrations. The student union, dominated by Muslim Brotherhood members, announced its support for the draft constitution on Monday.

The Muslim Brotherhood and other Islamist groups called for mass rallies to support the president on 25 November in front of Cairo University and on 5 December at the presidential palace. The December rally led to confrontations with anti-Morsy protesters last Wednesday night, leaving approximately seven dead and hundreds injured.

Spokesman for the Muslim Brotherhood Mohamed Ghozlan told state-owned Al-Ahram on Tuesday that the president’s supporters would not stage a sit-in and plan to leave their demonstrations at 10 pm. He also said that members were instructed not to approach the Presidential Palace, where the opposition will stage simultaneous protests against the constitutional referendum.