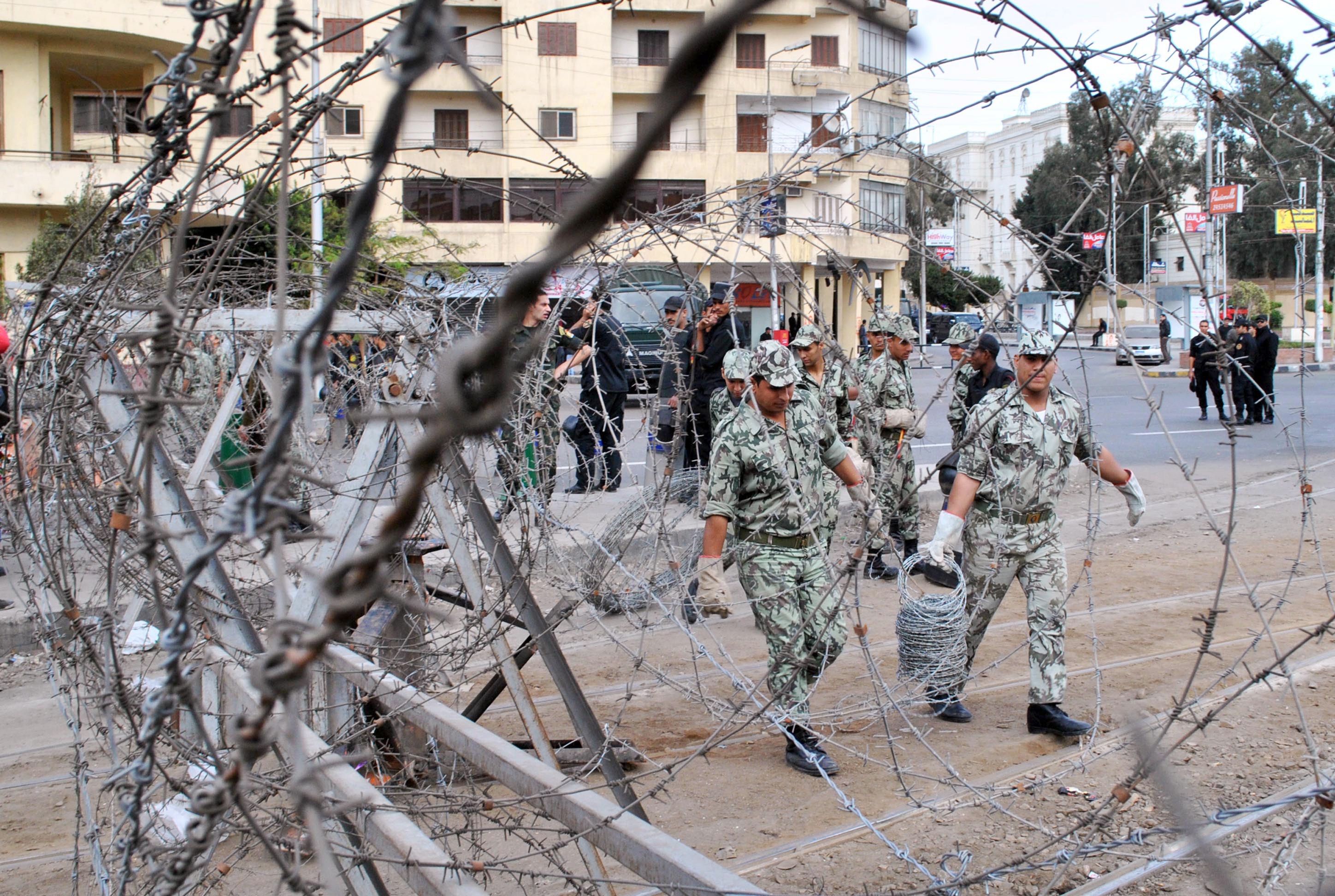 Egypt’s opposition called for protests and marches across the country Tuesday to protest the holding of the referendum on the draft constitution on Saturday.

The largest opposition bloc, the National Salvation Front (NSF), called on supporters to fill Tahrir Square and “other liberation squares in the capital and the governorates” in addition to several planned marches to the Presidential Palace in Heliopolis.

In Cairo, protesters will march to the palace at 4pm from Al-Matareyah Square in Ain Shams; Ibn Sandar Square and Al-Sheikh Koshk Mosque in Heliopolis; Tayaran Street and Hejaz Square in Nasr City; and Al-Nour Mosque from Abbaseya.

The Republican Guard has erected concrete walls around the palace ahead of the protests, adding to two they built following clashes between opposition protesters and Morsy supporters on Wednesday that left at least seven dead and hundreds injured.

The streets leading to the palace have been sealed and are controlled by the Central Security Forces and the Republican Guard.

The April 6 Youth Movement and the Revolutionary Socialists have also announced their participation in the protests.

Former presidential candidate Abdel Moneim Abul Fotouh’s moderate Islamist Strong Egypt Party said it opposed the constitution but did not announce its participation in any protests or marches.

The party is in opposition to the constitution but not the holding of the referendum and has already begun the campaign for a “no” vote.