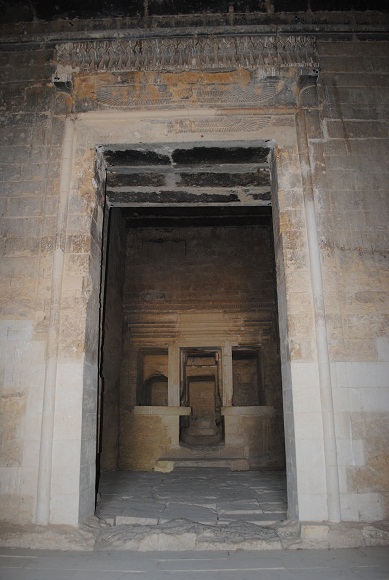 Qarun Lake, southeast of Cairo, is a huge lake that brings life to the timeless knolls and dunes of Egypt’s Western Desert. Throughout Egypt’s history colourful myths and stories have been associated with this big body of water.

The lake is located in the Fayoum Governorate, an agricultural area 80 km from Cairo. Fayoum is treasured by many Cairenes as a place to find rest, peace and pleasure due to its breathtaking landscapes, in addition to its monuments and unique cultural sites.

“Fayoum Governorate is nothing but the lake”, said Ahmed Abd-El’all, director of the Fayoum Monumental Region. The word Fayoum is derived from the ancient Egyptian name Bayoum, or ‘the lake’.

In ancient times, the lake was far larger and encompassed the whole current area of Fayoum’s governorate. Today the remaining waters spread out over 53,000 acres and are known as Qarun Lake.

Many believe that the name Qarun can be attributed to the protagonist of a story in the Quran. The Qarun of the story was an opulent man, a contemporary of Moses, who is believed to have lived in Egypt, and had all his mansions and possessions flooded as a punishment for his sins.

Fishermen and many others who live by the lake believe that Qarun’s treasures lurk beneath the surface of the present day lake, and that they are guarded by a fairy or a mermaid. Over the years stories have been told of people diving for the treasures but so far all attempts at recovery have been in vain. Among the fishermen, fables are told of people who claim to have witnessed the mermaid and were mesmerised by her charm and magic.

In the 1980s rumours swept through Fayoum that the treasures of Lake Qarun would only be revealed after 200 children were be slaughtered as a sacrifice. Widespread panic ensued and people kept their children from going to schools lest they would be kidnapped by archaeologists or treasure hunters. “In those days the governorate authority asked us to make appearances on all domestic media channels to assure the population that none of these rumours were true,” Abd-El’all remembered.

Near the lake, an ancient building called Qasr Qarun, or Qarun’s Mansion, is believed to be the house that Qarun lived in as described in the Quran. Underneath the building some ancient tunnels have been found that lead to the adjacent village. Residents believe there are other tunnels that reach all the way to Alexandria and maybe even Memphis, the ancient Egyptian capital.

Historians have indicated that the building is an ancient temple of Dionysius, the Greek god of joy and pleasure, and has nothing to do with the historical Qarun. Nor is there anything that proves that present day Qarun Lake was the location where Qarun lived.

Some researchers claim that Moses and his people crossed Qarun Lake at the time of the Exodus, while others claimed that Fayoum was the birthplace of the prophet Joseph, or Yusuf. The latter claim is supposedly supported by the name of the main canal that passes through Fayoum, but none of these claims have been proven.  Abdel’all said the canal was named Yusuf after Saladin Yusuf Ibn Ayyub, and the canal was dug under his commandment.

Throughout history Fayoum has been significant due to its central location on the trade route between Memphis and the Western Desert oases, as it represented a good shelter for trade caravans.

The many myths, even if they are fictitious, definitely add extra glamour to area. The local inhabitants take the preservation of the myths they inherited from their forefathers seriously, even if they probably doubt their veracity. The stories and myths have become as much part of the fabric of their society as fishing in Qarun Lake.