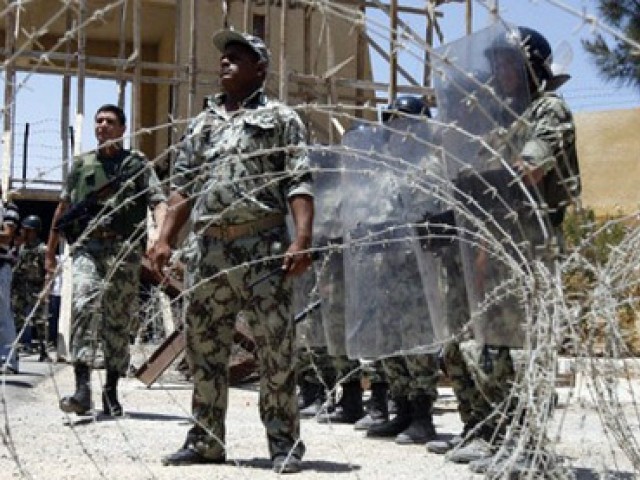 Human rights groups have expressed concern that a new law granting Egyptian army officers the power of arrest could also allow the trying of civilians in a military court. Meanwhile the United States has called for Egyptian security forces to exercise restraint.

Human Rights Watch (HRW) and Amnesty International have expressed concern over the new law, which was issued by a presidential decree on 9 December.

In a statement released by HRW on Tuesday the group highlighted that under the new law civilians who are arrested can be referred to military courts. The statement compared the law to a decree made by the justice minister in June when the Supreme Council of the Armed Forces (SCAF) were in power. The decree was blocked by an administrative court ruling.

The statement read, “unfair military trials of civilians were one of the most serious violations Egyptians experienced during the more than a year-and-a-half of military rule, with over 12,000 civilians tried before military courts.”

The group has called on President Mohamed Morsy to “immediately amend the law to prohibit trials of civilians before military courts and require the military to promptly hand over any detained civilians to civilian prosecutors.”

HRW said according to research “military involvement in law enforcement was accompanied by serious abuses including excessive use of force, torture and sexual assault.” In the statement the group quoted Morsy discussing the decree in June. He said, “giving military intelligence officers, who are unknown to the public, the right to judicial arrest warrant, based on their assessment, will be open to abuse”

Amnesty International released a statement on Monday warning that the law “is a dangerous loophole which may lead to the military trial of civilians.”

Maha Ma’moun, a member of the No Military Trials group said, “even without this law it is already possible for civilians to be tried in a military court.” She added, “it is allowed under the proposed constitution and an law that has existed since 1956.”

In response to the law, the United States State Department spokesperson Victoria Nuland said, “we want to see security forces respect the right of peaceful protest, exercise restraint, and of course, we don’t want to see mistakes of the Mubarak era repeated.”

The Egyptian Armed Forces released a statement on Saturday which expressed its loyalty to the Egyptian people saying that it will not allow Egypt to “fall into a dark tunnel.”

The law is in force until the announcement of the result of the constitutional referendum.