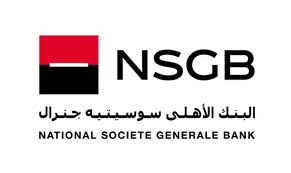 Qatar National Bank (QNB) Group announced that it is in “definitive agreement” with the French bank Societe Generale concerning the acquisition of its entire stake in National Societe Generale Bank Egypt (NSGB).

QNB Group will launch a mandatory tender offer (MTO) for 100 per cent of the share capital of NSGB upon the approval of the Egyptian Financial Supervisory Authority (EFSA).

The offer totals $2,558 million. The price to be offered to all shareholders will be converted into EGP at the time of the filing of the MTO with EFSA.

QNB intends to use its own funds for the acquisition of NSGB and is expected to remain capitalised after the transaction with a core tier 1 capital ratio of almost 15 per cent. NSGB would then represent 10 per cent and 8 per cent of combined total deposits and loans respectively and 10 per cent of the combined net income.

“This transaction is in line with QNB Group’s international strategy, which has become an integral part of our growth and commitment to diversify revenue sources. The Egyptian financial sector represents a significant growth opportunity with its combination of growth potential, increased future penetration of banking services, young and dynamic population to be served and the core links of Egypt within the Middle East and North Africa. We look forward to the addition of NSGB into QNB Group’s global network,” said QNB Group’s Chief Executive Officer Ali Shareef Al-Emadi.