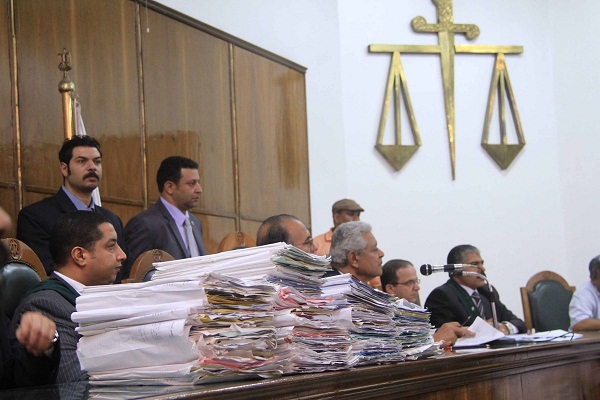 Judges were split over supervising the referendum. The Judges Club refused to oversee the vote, while many judges of the Administrative Prosecution and State Litigation Authority agreed to observe.

“This referendum is supervised by members of judicial authorities not sitting judges. This could challenge the legitimacy of the supervision,” Fouda said.

Constitutional expert, Tharwat Badawy said that judicial supervision over elections and referendums doesn’t make any sense, and that too much is made of the issue.

“It’s a law that was made by former president Sadat and it’s only applied in Egypt.”

Badawy added that in democracies around the world there are permanent, independent committees responsible for supervising elections, for which there is a provision in the new constitution.

Another issue said to challenge the legality of the referendum is the publishing of the constitution in the official state gazette.

“The constitution isn’t published in the official gazette until it passes the referendum. It must be approved by the people before it is published,” Fouda said.

Badawy said that the announcement of the referendum was published in the media and that was enough.

“Those who use such reasons to say that the referendum is illegal are disgusting,” he added.

Badawy defended the rule, saying “the 50 per cent +1 rule is the rule of democracy; it represents the opinion of the majority… we can’t have a 100 per cent consensus, and if that was required we would spend our lives in referendums. Countries aren’t built that way.”

“The conditions in which the constitution was issued are false,” he said.

“Members of the Constituent Assembly said some articles passed without consensus inside the assembly. Houssam El-Gheriany [president of the assembly] exercised pressure to pass certain articles.”

“Anyone who doesn’t acknowledge that this constitution is tailored to fit the Islamists’ standards is a liar,” Fouda said.