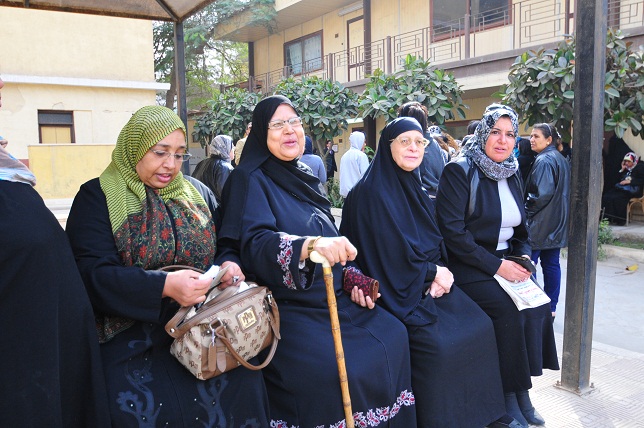 A United Nations working group has condemned Egypt’s draft constitution on the area of “equality, non-discrimination, protection and promotion of women’s rights,” and called for a review of the proposed constitution.

In a statement published on Friday, the group, which focuses on women’s rights in law and in practice, called on “the Egyptian government to abide by commitments made through the ratification of international instruments to which it is party.”

Kamala Chandrakirana, head of the working group, expressed concern that very few women were involved in the drafting the constitution and said, “women’s perspectives were grossly under-represented in the final draft.”

Seven women were represented in the 100 member Constituent Assembly. Five women were among the 85 who approved the final draft of the constitution.

The group “is of the view that critical review of the draft constitution is still necessary.” The experts did acknowledge that the constitution does call for equality for all citizens but they asserted, “it does not include in its substantive provisions the guarantee of non-discrimination based on sex necessary to give effect to the principle of equality between men and women in the preamble.”

The experts pointed out, “there is no provision that women’s right to equality in the family will be respected, protected and fulfilled by the state in accordance with international human rights standards.”

The statement asserted, “human rights mechanisms have emphasised that violations of women’s right to equality cannot be justified by reliance on religious or cultural tradition.”

The experts expressed concern over article 4 of the draft constitution which they believe gives the religious institution of Al-Azhar more power. They called on the government to ensure that recommendations made by Al-Azhar are “brought into line with the legally binding international instruments Egypt has ratified, including on women’s human rights.”

Chandrakirana called on the government to guarantee the participation of women in Egypt’s political transition and “guarantee their freedom to express their views, to be protected against violence in their political and public activities and have their voices incorporated in public discourse and in shaping the society.”

Women’s rights have been a major issue during the constitution drafting process. Various groups have condemned the proposed constitution for the lack of provisions for ensuring women’s rights.