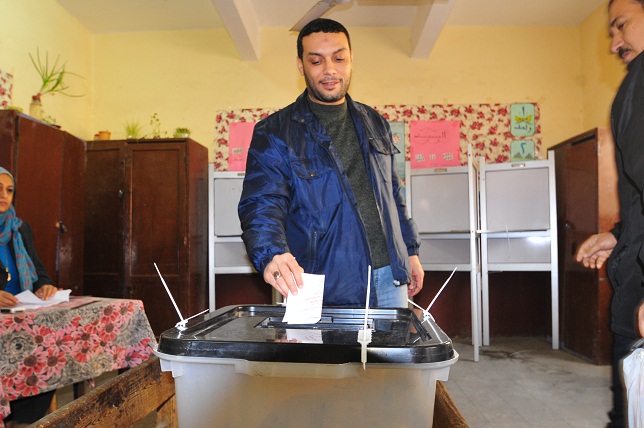 The Freedom and Justice Party (FJP) says Israel was unhappy with the preliminary constitutional referendum results but an Israeli media spokesperson denied having commented on Egypt’s vote.

An article published by the FJP media website and shared via the FJP’s Twitter account cited a Muslim Brotherhood leader, Ali Abdel Fattah, alleging that Ofir Gendleman, the Arab media spokesperson for the Israeli prime minister, had called the result of the referendum “a tragedy for Israel.”

Abdel Fattah said in the article Israel hoped a “no” vote on the referendum would be passed and the country would remain unstable, allowing Israel to “continue with her friends from the remnants [of the former regime] who assured Israel that they have a majority and are able to reproduce the old regime, an ally of Israel.”

Gendelman said, “I did not comment at all on the preliminary results of the constitutional referendum in Egypt. There was no Israeli comment and all statements attributed to me are completely fabricated.”

Another Arabic media spokesperson for the Israeli foreign affairs ministry, Lior Bendor, said, “the referendum in Egypt is a purely domestic affair,” adding that Gendelman would never make such a comment.

Abdel Fattah confirmed he had claims about Israel and Gendleman’s alleged statement. He said Israel could deny it all they wanted but proof of Israel’s position on Egypt was evidenced by several meetings held between Egyptian opposition politicians and Israel.

“The [Egyptian] politicians belong to the camp that is refusing the constitution,” Abdel Fattah said, “which tells us Israel wants instability in Egypt.” He claimed opposition politicians had met Tzipi Livni, a former opposition leader and serving member of the Knesset but could not provide proof such meetings took place, saying instead if he was wrong “you can sue the [FJP] newspaper”.