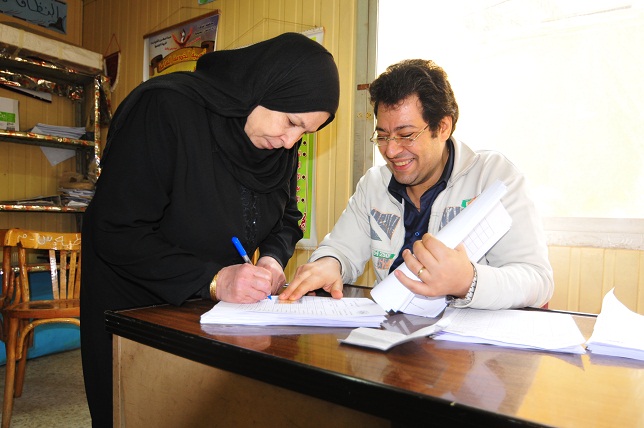 Presidential spokesperson Yasser Ali said on Monday that even if the referendum approved the constitution by a small majority it would be ratified.

If needed, Ali said there would be room for dialogue on the controversial constitutional articles. He added that the preliminary results of the referendum are “unofficial.”

“The presidency does not know the exact results of the referendum. We don’t have expectations as to what the second stage will lead to,” Ali said.

According to Ali, the presidency would have preferred to see political forces fully agreeing on the constitution, “but this was hardly possible.”

“As political groups did not reach consensus, we had to turn to the voters to have their say,” Ali told reporters.

Opposition groups have repeatedly called for a postponement of the referendum until consensus is reached over the constitution, in particular over 15 controversial articles.

Only a third of eligible voters were reported to have turned out for Saturday’s vote. The second stage of the referendum is scheduled for 23 December.