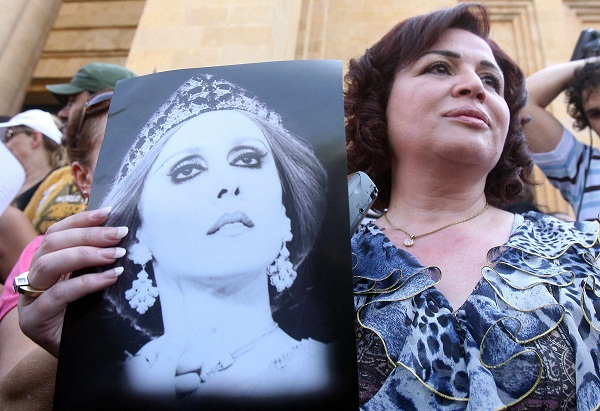 The outspoken television presenter Sheikh Abdullah Badr was sentenced to one year in jail on Monday and a fine of EGP 20,000 for defaming the actress Elham Shahin on his talk show Al-Hafez. Shahin filed a lawsuit after the sheikh repeatedly made comments about her in his talk show in August and September, calling her immoral.

“Badr used mosques and his show to insult many people,” Malek Adly, a lawyer at the Egyptian Centre for Economic and Social Rights said. “He insulted a lot of artists in Egypt and Elham Shahin took him to court and proved that what he did and said was against the law.”

Adly said Badr was not present at the hearing, and would soon have an arrest warrant placed on him, “but the question is whether or not they will catch him.” A lawsuit against a sheikh such a Badr is not new, Adly said, but would be surprised if he ever did face justice.

“They will not do anything to him despite the sentence,” Adly said, referring to the case against former Salafi Al-Nour member Ali Wanis, who was given a suspended sentence and a EGP 1,000 fine in July for having indecent sexual relations with a young girl in a car.

By law, defendants are allowed to appeal their case by paying an EGP 5,000 fine to reassess the verdict and evidence presented. According to Yasmin Hossam, a lawyer at the Egyptian Initiative for Personal Rights, Badr has 40 days starting Monday to appeal or face jail. If he decides to appeal the case then he must also be present in the subsequent hearings.

“By law he should still pay the EGP 20,000 fine to Shahin even if he appeals,” Hossam said.