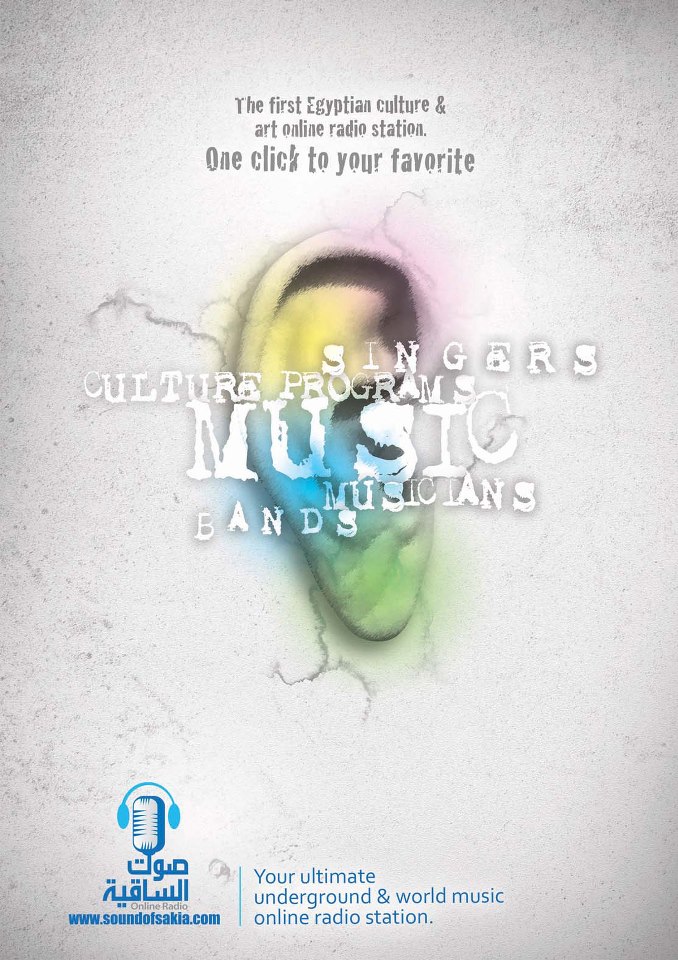 The Sawy Culturewheel, or Sakia as it is known in Cairo, launched its online radio station Sound of Sakia over two years ago to support the concerts, performances, conferences and seminars that were featured in the cultural centre. In the past year the station has broadened its horizon and has moved its focus to presenting the independent music and cultural scene in Egypt and the region to the world.

“We saw there was a potential to broaden our scope because we had a lot of listeners from the region and Europe and the US,” said Akram Kassem, project manager and marketing and production manager at Sound of Sakia. “We also received a lot of requests from artists in the region to be featured on our radio station.”

The radio station is very clear about what kind of content they offer to their listeners. “We don’t talk about politics or religion,” Kassem said. “Our focus is on culture and we aim to be a one-stop platform for independent artists.”

The station broadcasts 24 hours a day. “We have a variety of presenters and each day we produce 12 hours of content which then gets repeated,” Kassem said. “We have ongoing programming and seasonal programming and we are open to anyone who is interested to contribute to the radio station or wants to learn about making radio programs. Our youngest presenter is 13 years old.”

Sound of Sakia has access to all programmed events in the Sawy Culturewheel, but they are discerning when it comes to broadcasting live concerts. “Live recordings are not always of good quality so we prefer to use studio recordings,” Kassem said. Besides Egyptian artists, Sound of Sakia features the music of artists from Beirut, Bahrain, Saudi Arabia, Jordan, Palestine, Dubai and artists of Arabic heritage who live in Europe or the United States.

Internationally internet radio is considered the future and Kassem believes that in Egypt it will become very popular too. “It is a dynamic market and our listeners are across the board in both age and gender. We have days with 980 listeners and days with 100 listeners, but overall our popularity is growing. We have developed our own app to make the station even more accessible and we offer programmes in Arabic and English.”

In the recent past the Sawy Culturewheel had a complaint filed against them when a metal concert was accused of devil worship, but Sound of Sakia has not experienced any such problems. “Our listeners are more open minded, usually educated and interested in all forms of culture. Some of our listeners have mentioned that the music was a bit loud when we played a metal song, but that is as far as it has gone,” Kassem said.

Sakia is branching out and is launching El Sakia TV within the next two weeks. “It is a partnership with YouTube and the TV channel and the radio will be an integrated platform. We are creating out of the box content and the main channel will feature separate channels that will show concerts, seminars, conferences and performances,” Kassem said. “We are lucky that a lot of artists from the region visit Egypt, so we will produce shows of Egyptian as well as international artists.”