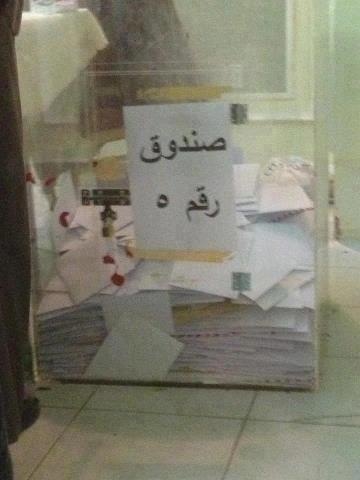 Voting for Egyptians abroad, which was extended an extra day, concluded on Monday at embassies and consulates throughout the world. Results contributing to the fate of Egypt’s proposed constitution greatly differed across hundreds of countries.

State-owned news agency MENA reported that 215,878 Egyptians abroad participated in the referendum, approximately 85,000 less than those who voted in the second round of the presidential election in June.

Most of the Egyptians voting in Europe, United States, and North Africa voted against the constitution, while citizens in other countries in the region voted in favour.

The only exception was Italy, where almost 53 per cent of voters supported the constitution draft.

The Egyptian Embassy in Washington, DC had a turnout of almost 38 per cent, receiving 691 “Yes” votes and 1,682 “No” votes. Most Egyptians in the United Kingdom also rejected the draft constitution with 2,067, or more than 68 per cent, voting “No” while 943 voted “Yes.”

More Egyptians in Saudi Arabia voted than in any other country, with a resounding 36,203 citizens, or 82 per cent, voting in support of the draft constitution, while 8,192 Egyptians, representing 18 per cent, disapproved of the draft.

The Ministry of Foreign Affairs responded to allegations of unfair practices in a statement saying: “It is funny that some asses the role of the [ministry] and the integrity of its members in accordance with their political views.”

“Our duty is to enable Egyptians abroad to vote as long as Egyptians at home vote. No diplomats allow personal views to affect their job and duty.”

The counting of the ballots continued into Tuesday, supervised by the Ministry of Foreign Affairs and the Supreme Elections Council.