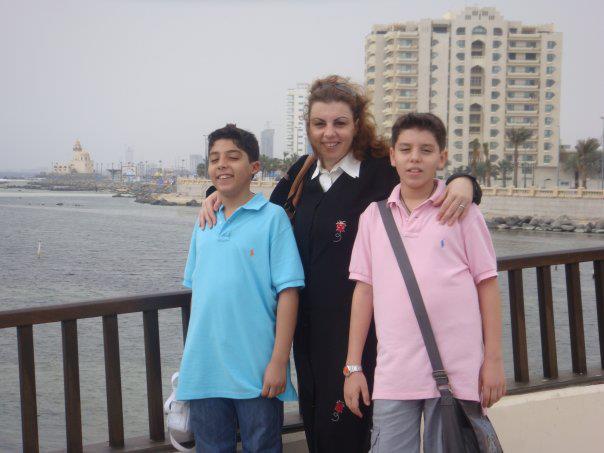 Egyptian fashion designer Najla Wafa will be presented before a Saudi Arabian amnesty committee on Saturday and her lawyers hope the committee will free her. However, the Saudi Arabian judicial authorities are unpredictable when it comes to the detention and treatment of Egyptian nationals.

Wafa was arrested in September 2009 following a business dispute with a princess of the Saudi royal family. She was sentenced to five years in prison and 500 lashes in June 2011.

Ahmed Mesreh works in Egypt with Alkarama, an independent human rights group that focuses on those facing arbitrary detention. He called Wafa’s lawyers on Wednesday and they confirmed: “Her lawyers say that they think she will get an order to release,” and also that Wafa has received 450 of her mandate lashes.

Earlier in the year the Working Group on Arbitrary Detention of the United Nations backed up an Alkarama report that highlighted the plight of twelve Egyptians being held without charge in Saudi Arabia. The working group stated that international law in the form of the Convention Against Torture was violated, as was the Saudi Arabian domestic Code of Criminal Procedure that states a detainee cannot be remanded for more than six months.

These Egyptians being held have never seen a judge, nor have they been officially charged.

Salma Ashraf, who also works with Alkarama, said that this summer Saudi Arabia released Youssef Ashmawy, Ahmed Mohamed Al-Said Al-Hassan and Abdul Rahman Mahmoud Ibrahim Zeid. The other nine are still in captivity, and Ashraf said, “the three were released without a trial or anything, so we really can’t predict what will happen with those remaining in detention.”