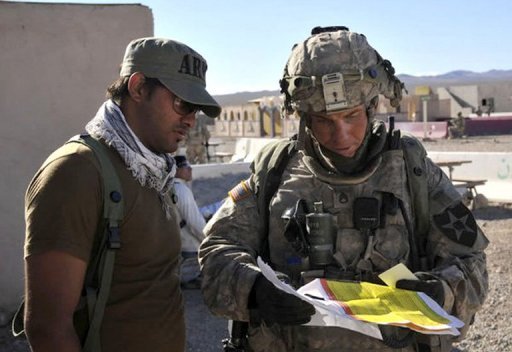 AFP— Prosecutors will seek the death penalty for an American soldier accused of killing 16 Afghan villagers in one of the most appalling atrocities of the war, the US military said.

Staff Sergeant Robert Bales faces 16 murder charges, six of attempted murder, seven of assault and two of using drugs. Seventeen of the 22 people killed or wounded were women or children and almost all were shot in the head.

If sentenced to death, Bales could be the first US soldier executed in over half a century: the last was in 1961 when Private John Bennett was hanged for rape and attempted murder, according to the Death Penalty Information Center.

The 39-year-old is to face a full court martial authorized to sentence him to a maximum penalty of death for the alleged March massacre, the military announced.

“This decision was made after reviewing the Article 32 report of investigation,” said a statement from Joint Base Lewis-McChord, referring to the report compiled from last month’s so-called Article 32 hearings.

“The government will seek the death penalty,” base spokesman Gary Dangerfield told AFP. The court martial will take place at the base, in the western state of Washington, but no trial date has been set.

“If convicted of all charges (and specifications), the maximum punishment is death,” said the base statement.

But it stressed that for capital punishment to be imposed, the court martial must unanimously agree certain conditions.

Bales allegedly left his base in the Panjwayi district of southern Kandahar province on the night of March 11 to commit the killings, which included nine children. He allegedly set several of their bodies on fire.

Prosecutors at the Article 32 pre-trial hearing alleged that Bales left the base twice to carry out the killings, returning in between and even telling a colleague what he had done.

The week-long hearing included three evening sessions — daytime in Afghanistan — to hear testimony by video conference from Afghan survivors and relatives of those who died.

At the time of the incident, Bales was assigned to 2nd Battalion, 3rd Infantry Regiment, 3rd Stryker Brigade Combat Team. Pending his trial he will remain in custody at the base, south of Seattle.

At the end of the pre-trial hearings, Bales’ family stressed that he was innocent until proven guilty, while his lawyer raised questions about the role of alcohol, drugs and stress in the tragedy.

But prosecutors lashed the “heinous and despicable” alleged massacre.

“Based on the sheer brutality and nature of the crimes, it is our recommendation to proceed to a general court martial,” prosecutor Major Rob Stelle said last month.

On Wednesday Bales’ wife Kari issued a statement demanding that her husband be considered innocent until proven guilty — although suggesting she thinks that may be difficult given what has been reported about the case.

“It’s really very simple. My husband is entitled to a fair trial. That’s what I was taught this country is about ever since I was a child, and it is what my own babies will be taught as they grow up.

“I no longer know if a fair trial for Bob is possible, but it very much is my hope and I will have faith,” she added, appealing for help to pay for her husband’s legal defense, via her website www.helpsgtbales.com.