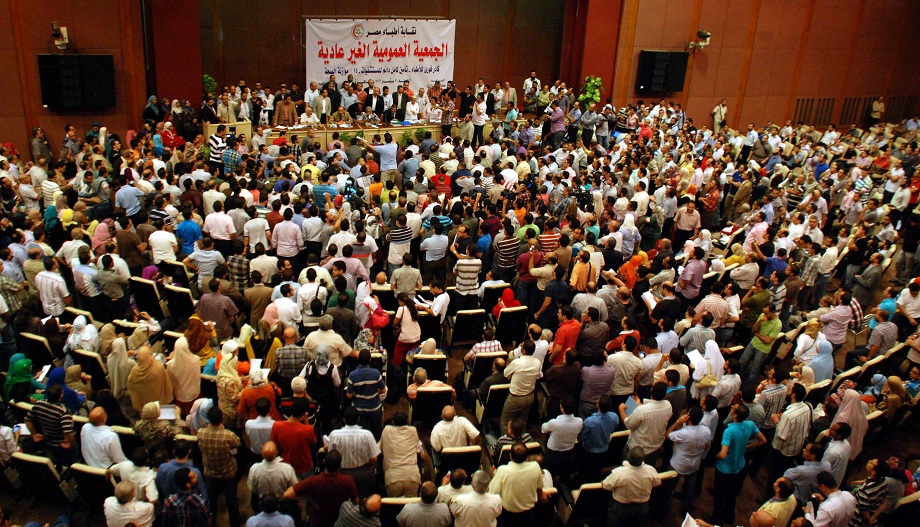 The doctors’ partial strike is suspended until the Doctors’ Syndicate holds its next ordinary general assembly in March.

The decision was taken in an emergency general assembly which convened at noon, on Friday.

Ahmed Hussein, one of the leading figures of the strike and one of the two doctors who started a hunger strike ahead of the strike to pressure officials, said that the strike was suspended to give officials the chance to pass the wage law, something they said to be close to achieving.

“But the strike was not only about the law. It was also about the state budget for health and securing hospitals,” he said.

“We suspended it so that people will not say that we are being stubborn. We are responsive to any serious steps that are taken,” he added.

Hussein believes that the strike did not go in vain. “The first and most important cause is gaining the support of the people and making the society aware of the doctors’ demands of improving healthcare…. It did not achieve 100 percent of the demands but it achieved societal solidarity,” he said.

“The second is gain is putting pressure on the government,” he added.

Since it started, over 80 days ago, the strike has had its supporters as we as opponents, both inside the healthcare field and among members of society at large.

The doctors’ partial strike started on 1 October after a decision was taken by an emergency general assembly held in September. The strike is partial because it only suspends work in outpatient clinics, where patients are charged a fee for the medical care. During the strike doctors offered patients treatment in the internal departments of hospitals, for free.

The strategy was designed to cost the Ministry of Health in lost fees and compel them to respond t the demands of the strike. The doctors have adamantly refused resorting to a full strike and halting all services.

The doctors on the strike have faced various forms of resistance from health authorities but continued with the industrial action.

The three demands of the strike were; the gradual raising of the state budget for health to 15 percent of government spending, tougher punishments for people who attack hospitals or medical staff, and passing a new law that guarantees a minimum wage for everyone who works in the Ministry of Health, not just doctors.

The striking doctors have held marches and protests across the nation, a symbolic funeral for health, and a symbolic trial for those responsible for the death of health, to raise awareness on their demands.