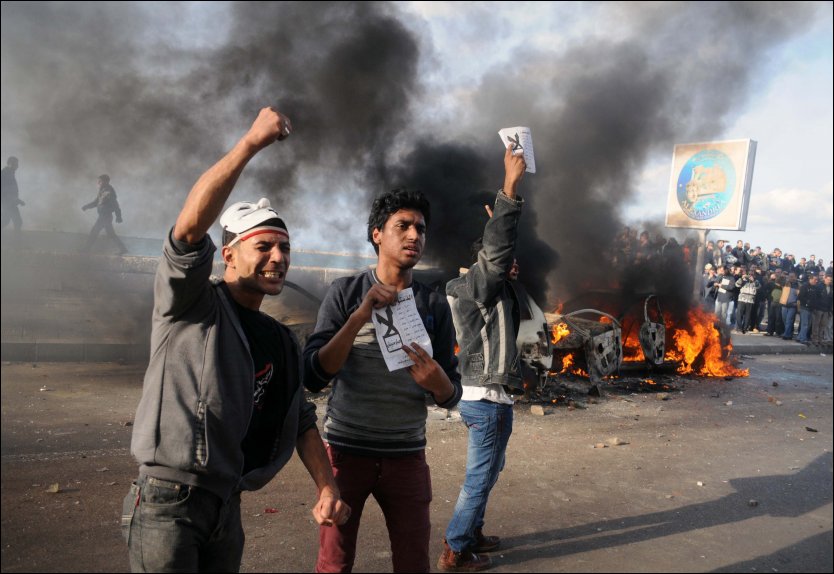 Following clashes which erupted last week in the vicinity of Al-Qa’ed Ibrahim Mosque in Alexandria, rock throwing groups of protesters again had to be separated by the security forces.

Sheikh Ahmed Al-Mahallawy, who was trapped with members of the congregation after urging those praying to vote ‘yes’ in the referendum, also led Friday prayers.

“The sheikh’s Friday speech was quite provocative,” Political activist Ramy Abdel Gelil said, referring to today’s speech. He added that the sheikh stated in his speech that the non-Islamist protesters outside the mosque were “infidels”.

“The police surrounded all exists of the mosque,” Abdel Gelil said. He added that the police threw teargas only in the non-Islamist protesters’ direction. “We had to deal with the rocks and teargas thrown at us.” He stated that the teargas was used extensively at around 2 pm.

The situation calmed when Central Security tanks arrived in front of the mosque to act as a buffer between the two fighting parties. “Rock-throwing has stopped since then,” Ramy claimed. He added that use of teargas persisted, but less intensively.

Swords and knives were brandished as fights between pro and anti-constitution demonstrators dragged on for over 12 hours last Friday. Al-Mahallawy was released around 3am Saturday in the presence of the Alexandria security director and Nasr Al-Abd, the Alexandria intelligence chief.