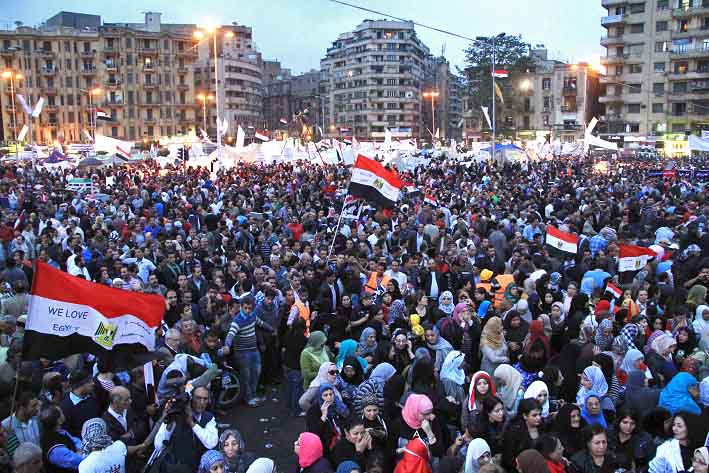 A new law governing protests is expected to be issued soon, amid concern over a possible crack-down on freedom of protests.

In a press conference held at the presidential palace Thursday night, the president’s official spokesperson Yasser Aly denied that the new protests law would resemble the notorious emergency law which governed Egypt throughout Mubarak’s 30-year reign. Aly stated that the law would guarantee the preservation of democratic mechanisms and the protection of public as well as private properties, reported state-owned Al-Ahram.

“We do not intend to bring back a state of emergency,” Aly was quoted by Al-Ahram as saying, “if we intended to take any exceptional decisions, we would have done so during the more severe circumstances we’ve faced recently.”

Aly stated that the new law would determine the bodies holding protests, as well as the time and place for such protests. He added that such a mechanism is being used worldwide.

“The process of protesting needs further organisation,” Aly said, adding that the forms of violence which took over several recent protests have caused alarm. Aly stated that everybody should unite to stop all forms of violence.

Emergency law, which Egypt adopts whenever a state of emergency is declared, puts restrictions on people’s rights of association, in effect it could ban protests or marches.

The protest law was earlier proposed by Essam Sharaf’s cabinet in March 2011. Sharaf’s law criminalised protests, sit-ins and gatherings. The cabinet justified the proposed law saying that such protests stall work in public and private institutions. The law was criticised by several human rights organisations, including Amnesty International. It was never implemented.