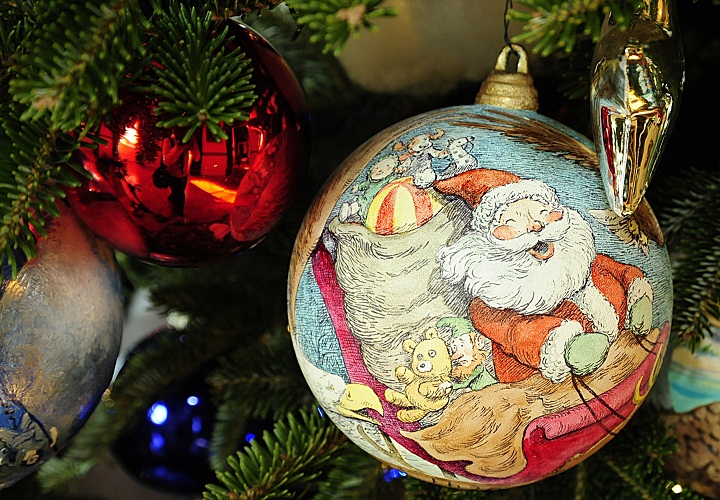 An enthusiastic crowd watched and listened to Neveen Allouba and a dozen of her students perform several all-time Christmas classics, some with a twist, on Friday night at the Cairo Opera House.

Allouba, one of the Cairo Opera House’s renowned and celebrated stars, ushered in her students, several of whom were making their opera debuts. She provided short backgrounds for each of the students before introducing them.

The diva was more than just a master of ceremonies, chiming in during several traditional carols sung throughout the night and playing a supporting role to a couple of other performers. She also performed three solos, including a beautifully executed rendition of Little Drummer Boy.

Highlights included Star Academy winner Nesma Mahgoub performing the classic arrangement of Ave Maria (the show would go on to include two other versions), as well as a duet with fellow American University in Cairo student Nathalie Alain singing There can be Miracles from The Prince of Egypt. Allouba called the pair her Whitney Houston and Mariah Carey, a testament to their strong voices.

Alain, herself no stranger to the Cairo Opera House, treated the audience to a performance of My Grown Up Christmas, although her most memorable moment came later with the entire team’s performance of Twelve Days of Christmas.

Entrusted with the fifth day of Christmas, Alain’s strong “fiiivee golden rings” broke up the regular ta-na-na -nana of the song. She would face the audience and show off her rings in the manner of an Egyptian woman casting out the evil eye with her khamsa we khmesa.

Her regular banter with Mostafa Rashad, bearer of the four calling birds left the audience with tears of laughter. Rashad’s visible and growing irritation with Alain culminated in him cutting her off and singing her line himself at one point-just to stop her.

In the following round she stepped in front of him, sang her line in the loudest way possible, and stuck her five golden rings in his face.

Rashad, a rocker and band vocalist expanding his singing horizons, as Allouba told the audience, dazzled us with Star, from Les Miserables, and White Christmas. His high point however was a duet with Allouba when they sung a special version of Ave Maria.

Allouba sung the traditional Latin lyrics, contrasted by Rashad who simultaneously chanted parts of the adhan and other Islamic chants.

Several of the newcomers also impressed. Dalia Fadel gave a passionate Mary Did you Know, as well as a rendition of I Could Have Danced All Night from My Fair Lady, assisted by Hilary Baboukis.

The peppy Sherif Rizkallah, only 17 and one of Allouba’s students at the DEO German school, delivered cheery upbeat performances of Rudolph the Red Nosed Reindeer and Razzle Dazzle from Chicago that had audience members clapping along.

Rana Mahmoud’s high, strong voice impressed as she sang Art is Calling for Me where she asserted herself as a “prima donna” in possession of copious amounts of “tra-la-la-la-lala.”

Other performers included Hilary Baboukis, Myrna Ghanem, Rita Ashkar and the youngest member of the group at only 12 years old, Laila Ashraf.