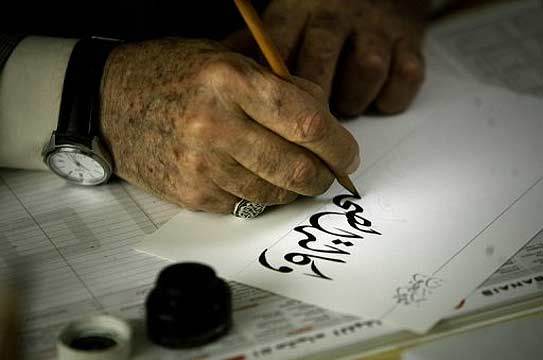 “Language is wine upon the lips,” Virginia Woolf once said, evoking an image that seems especially appropriate for a language of poetry like Arabic, where vivid metaphors are the norm.

Though much has changed from the days where Arabic was a dominant language across the Mediterranean, its legacy, in the form of more than 400 million speakers, endures.

18 December was declared Arabic language day by UNESCO for the first time this year, and the recently-restored Beit El Sit El Wasila is celebrating the poetic language with a series of activities that will host poets and writers from all over the country.

UNESCO says that celebrating the Arabic language is also celebrating the contribution of the language and its speakers, to human civilisation. From AlFarabi and Averroës to the father of Egyptian realism Naguib Mahfouz, Arabic is the language many great minds have expressed invaluable ideas. It has also been paramount in the transfer of knowledge from classical Greek to medieval Europe.

After the decline of the language with the advent of colonialism and the end of the Islamic golden age, the language has seen a revival in the 19th and 20th century, starting in Egypt and spreading to other territories such as Lebanon and Syria. The renaissance consisted of a period of reform and modernisation in all fields including language, literature, media and politics.

The rise of the use of Arabic as an internet language—and new vocabulary being added the language, courtesy of the Arab Spring and especially in colloquial form—has some wondering whether the language is about to witness another bloom.

Irina Bokova, the Director General of UNESCO said that the Arabic language day was a chance for the organisation to celebrate the language of more than 400 million speakers and 1.5 billion Muslims across 22 member states of UNESCO.

The venue hosting the festivities for the Arabic language day could not be more appropriate; the Beit was built in the 17th century and was forgotten until the Ministry of Culture restored it and it became famous as a place for hosting poetry sessions, eventually becoming known as the “house of poetry.” The Beit neighbours other famous and equally beautiful houses of similar age, Beit El Harrawi and Zeinab El Khatoun, which also feature distinct architecture and spacious courtyards.

The event will take place today at 7 pm and will include seminars, discussions, Q&A sessions and poetry sessions and will be free to attend.