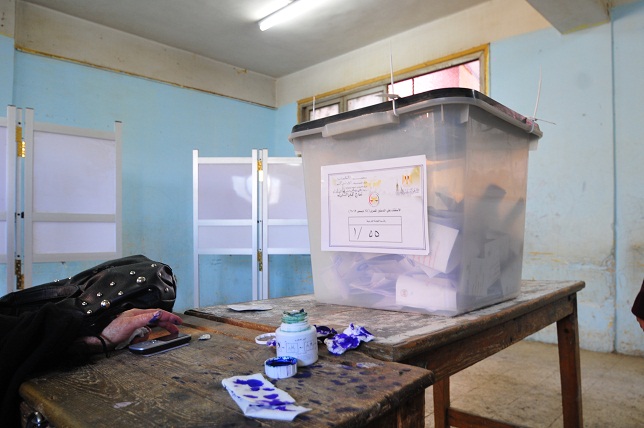 The National Council for Women (NCW) announced future steps to be taken detailing the violations which occurred during the constitutional referendum in a press conference Sunday.

Ambassador Mervat Al-Tallawy, head of NCW, said more than 600 violations were reported to the council during both phases of the referendum. She added that one of the most severe cases was merging several election committees into one committee, making it impossible for all voters to vote. “Mathematically, when you have more than 6000 voters in one committee, there would be no time for half of them to vote during the day. This shouldn’t be the case.”

Al-Tallawy said the council received complaints from different governorates, during both voting stages.

The ambassador claimed there are forces trying to prevent women from participating in elections, adding that whether or not this is being done on purpose, the result would still be the same.

Fatma Khafaga, director of complaints department at NCW, mentioned complaints that some members of Freedom and Justice Party (FJP) were present inside elections committees calling voters to vote in favour of the draft constitution. She said that some of those members prevented some women from voting, because they were not wearing an Islamic veil.

Khafaga added that the council received complaints of voters who said their voting ballots were already ticked when they received them. However, she praised women for being active participants in the elections, despite the difficulties they faced during the two phases of the referendum. “Women checked for stamps on their voting ballots and asked supervising judges for their identities. Women stood in queues all day long just to participate and try to shape a better future for Egypt,” she said.

Abir Aboul Ella, coordinator at the NCW, said she was beaten and prevented from voting in the second phase of the referendum on Saturday. She said, “Inside the elections committee, there were FJP members. They called us infidels and secularists, beat us, and prevented us from voting until the committee closed its doors at 11pm.”

On the future steps to be taken by NCW, Al-Tallawy said that they will submit a report including all the violations to the president and the Supreme Electoral Committee (SEC). She added that the council did nominate some of its members to be part of the Constituent Assembly, but the nominations were ignored. “We have done a lot and we will continue pressuring and giving advice until the constitution falls, just like the constitution of 1930.”