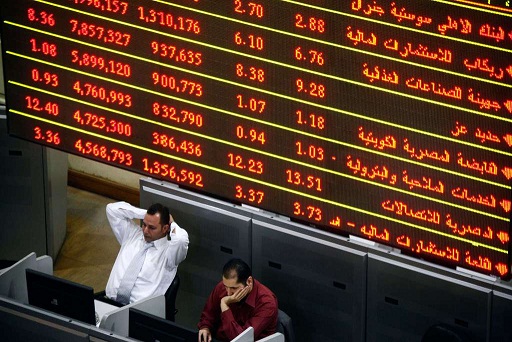 Against the backdrop of the vehement political mayhem witnessed in the past weeks, credit rating agency Standard & Poors’ (S&P) decided Monday to further downgrade Egypt’s long-term credit rating from B to B-.

“The negative outlook reflects our view that a further downgrade is possible if a significant worsening of the domestic political situation results in a sharp deterioration of economic indicators such as foreign exchange reserves or the government’s deficit,” S&P said.

This is the fourth credit rating cut by S&P since October 2011, when the rating was downgraded from BB to BB- over concerns that the government wouldn’t be able to manage the gaping budget deficit and dwindling foreign reserves.

The following month, S&P cut the rating from BB- to B+ due to the violence that preceded the November 2011 parliamentary elections.

“We assess the policy choices of Egypt’s ruling Supreme Council of the Armed Forces, such as allowing violence to escalate in Tahrir Square from 20 November in an effort to disburse protesters, as having weakened the prospects of a smooth political transition to democracy and having reduced the ability of the government to place the public finances on a more sustainable path,” S&P said in a statement.

In February 2012, S&P downgraded the country’s credit rating once again from B+ to B citing continuous instability and a plunge in foreign reserves.

The credit rating agency stated at the time that the country’s “external position has deteriorated and is likely to weaken further, absent stabilisation in the domestic political situation alongside external financial support.”

“This is an expression of the international financial markets’ grave disquietude over the status quo in Egypt, which makes it more difficult for the country to approach such markets,” the former finance minister, Hazem Al-Beblawi, told Daily News Egypt.

When asked whether the latest downgrade would influence the current negotiations pertaining to the $4.8bn IMF loan, Al-Beblawi said, “I don’t think that the impact of the latest credit rating downgrade would be severe to overall negotiation process. However, if the IMF approves the loan, it would be coming in with a much stronger mandate.”

“The downgrading of Egypt’s credit rating is reflective of Egypt’s economic situation; the levels of trust in the economy are falling which will directly deter investment,” former Finance Minister Samir Radwan told Daily News Egypt.

Radwan added that the government’s consistent indecisiveness in taking critical reformative decisions projects further propagates the level of instability in managing the economy. It also feeds the hesitance of the IMF to comfortably approve the much-needed loan.

“We also have to take into consideration that credit rating agencies are not always correct in assessing economic status; they came under heavy criticism during the global financial crisis of 2008 for giving financial institutions AAA ratings that were not reflective of the their genuine monetary standing. Having said that, we have many other indicators that point to the gravity of the country’s economic condition.”