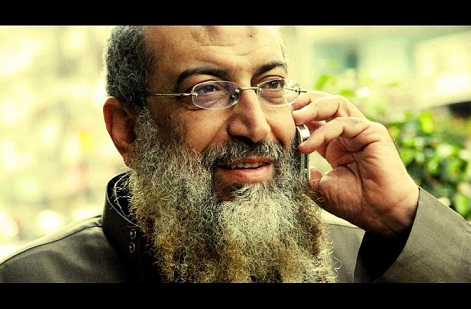 Citing article 10 of the constitution which states, “the state and society shall be keen on preserving the authentic characteristic of the Egyptian family,” Borhami said, “This is an extremely important article since it places restrictions on freedom of thought, expression and creativity.” He added that non-Islamist representatives within the constituent assembly rejected the article and wished to remove the words “and society”.

Sha’ban Abdel Alim, Al-Nour party high board member, denied that article 10 aims at creating a CPVPV. Abdel Alim said the article addresses individuals and refers to Islamic manners such as mercy, respecting others and ceasing mockery. He added that the article was copied from the 1971 constitution.

“Human rights are thus restricted by article 2 of the constitution,” Borhami said. He stated that article 81 was drafted despite opposition from the Church representatives. Borhami added that “through prolonged dialogue and legal debates,” this article could eventually strip any apostates, such as the Baha’is, of any rights or freedoms.

Freedom and Justice Party spokesperson Ahmed Sobei described the article as a “sophisticated, valuable article”. He added that the article aims at preserving freedoms as long as it does not contradict the “norms of society”. He specifically referred to Alia’ Al-Mahdy, a girl who became infamous after posting nude photos of herself as an exercise of her personal freedom, as an example of acts which contradict with norms of society.

Another article Borhami cited was article 76. The article says “punishment is personal, and a constitutional or legal text is necessary for [outlining] any crime or [implementing] any punishment.” He stated that this article would have been disastrous if rights lawyers and activists within the committee achieved in including the words “a law is necessary…” instead of “constitutional or legal text.” The president’s advisor Mohamed Selim Al-Awa resolved the conflict by coming up with the latter phrasing, Borhami said, adding that “God sent us Al-Awa as salvation.” Among the “legal texts” is the Islamic Shari’a law, according to article 2 of the constitution.

“This article has nothing to do with Islamic Shari’a,” Sobei said. He added that the article merely organises punishment “according to penal law”.

Borhami also addressed article 4, which states that “the Grand Sheikh of Al-Azhar cannot be removed from his post.” He claimed that he, among other Al-Nour party representatives, was intent on removing that article, but he was “met with massive dismay from most other members of the constituent assembly.” Borhami added that insisting on removing the article could turn the average Egyptians who hold Al-Azhar at such high esteem against the Salafis.

Borhami continued, saying that the Grand Sheikh of Al-Azhar believes article 219, which lists the principles of Islamic Shari’a mentioned in article 2 as the main source of legislation, is a red line which cannot be changed or removed. “Thus, articles 2, 4 and 219 all come as a full package,” Borhami said.

“I have seen no bartering of articles in the constituent assembly,” Abdel Alim said. He added that Borhami’s statements were probably meant to reassure a public worried about the constitution preserving absolute freedoms.

“Freedoms in the constitution, though absolute, are limited by some restrictions,” Abdel Alim said.

Popular Current spokesperson Heba Yassin said Borhami’s statements confirm that the National Salvation Front (NSF) and all opposition movements had cause for concern towards the constitution.

“We do not reject Allah’s Islamic Shari’a,” Yassin said, “it is their Shari’a that we reject.”

The constitution was voted upon on 15 and 22 of December by Egyptians all around the world. While the official results of the referendum have yet to be released, preliminary results suggest the majority of voters approved the draft constitution.