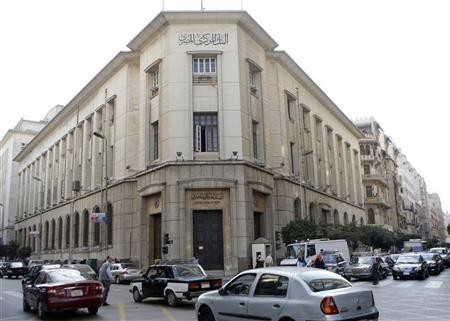 The Central Bank of Egypt (CBE) has requested from the prime minister to halt all the activities of banking sector’s development and modernisation fund.

CBE Governor, Farouk Al-Oqda, asked Prime Minister Hesham Qandil to annul all contracts signed with the fund between executives of public banks and the CBE starting January 2013. He further requested that all cash balances from this find be transferred to the Ministry of Finance account.

The banking development and modernisation fund, created in 2006, has since obtained a bad reputation within Egypt’s banking sector, especially amongst public banks, as the CBE never revealed the fund’s fiscal standing and refused to subject it to the scrutiny of the Central Auditing Organisation, which violates the law.

The CBE added in a memo that last year the fund paid salaries to 166 public bank officials totalling an average of EGP 43,000 per month, the total cost of which was estimated to be EGP 84m yearly. Within the fund itself, none of these officials were ranked as higher than “general managers.”

Of these officials, those who were presidents or vice presidents of public banks received a monthly salary of anywhere between EGP 60,000 and EGP 140,000, purportedly much less than their counterparts in the private sector.

The memo added public banks had begun raising their salaries in concurrence with an increased effort to hire foreign workers. These steps were largely taken to defend the image of public banks who have been accused over the years of hiring large numbers of foreign workers at the expense of their own employees, at times often paying the latter far less in wages and salaries. The total number of money paid in salaries for public bank employees rose from EGP 1.5bn in 2003 to EGP 4.7bn in 2010. The average salary for a public bank worker in 2010 was EGP 10,000 per month.

The memo added that the CBE had officially put forth a request last year to liquidate the fund and transfer it to government, and that high-ranking officials of public banks would deal directly with their boards of directors for their wages in accordance with the bank’s regulations.

The fund was created as part of a larger attempt to develop the skills and abilities of public bank employees and provide these banks with the necessary funding to hire capable and competent executives.

Public banks were required to donate 5 per cent of their yearly profits to the fund, which also received donations from the CBE and other institutions that benefited from its programmes.