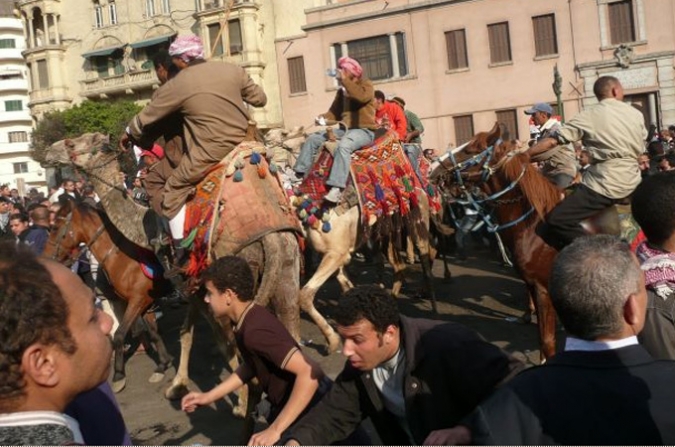 Safwat El-Sherif, former secretary-general of the National Democratic Party and former speaker of the Shura Council, received a release order on bail on Tuesday.

El-Sherif’s release order came after he filed a complaint for being kept in preventative detention longer than the period allowed by law in criminal prosecutions. The complaint was referred to the Cairo Criminal Court by the Cairo Court of Appeals.

El-Sherif is being investigated for using his position and influence to amass fortunes that are incompatible with his legitimate sources of income. According to state-run Al-Ahram, he was accused of making around EGP 300 million in illicit gains. His two sons face the similar charges.

To lawyer Khaled Bayoumi, a EGP 50,000 bail was not enough.  Bayoumi, who worked with victims during the revolution, said he expected El-Sherif’s bail to be set much higher because “El-Sherif is being investigated for much more money.”

Bayoumi said that setting a high bail could be one of the ways to find that money.

“The problem with people accused of amassing illicit gains is that it is very difficult to get to their money and reserve it. If the bail were set higher, it would hurt him and it would have provided some hope to find out which bank the money is kept in,” Bayoumi said.

Mahmoud Belal, a rights lawyer, said the bail is set according to the judge’s estimates.

El-Sherif is considered part of the old regime, having served as the secretary general of the infamous National Democratic Party under ousted President Hosni Mubarak. El-Sherif resigned from the position in the midst of the 2011 Revolution.

He was also former speaker of the Shura Council, the upper house of parliament, which was dissolved by the Supreme Council of Armed Forces when it assumed power after the revolution.

He was among the accused of orchestrating the Battle of the Camel, a deadly attack on Tahrir Square on 2 February, 2011, but was later acquitted.