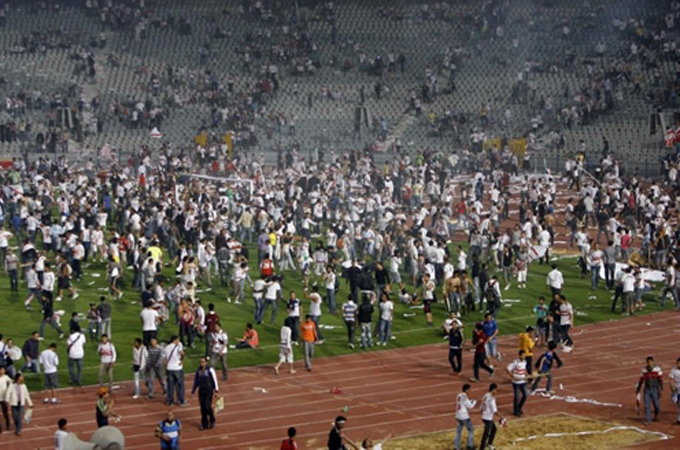 The Ministry of Investment announced today in a press release its intentions to turn Cairo Stadium into an investment district that would contain an integrated athletic area on par with international standards.

During a meeting on Sunday, the Minister of Investment Osama Saleh and the Minister of Sports El-Amry Farouk discussed the future of athletic investment in Egypt, and ways with which investments in all sports sections can benefit citizens and the national economy.

According to the press release, the athletic area will aim to serve sports, athletes and generate profits to the Ministry of Sports in order to promote sportive activities across the nation.

Saleh and Farouk also deliberated the feasibility to establish five athletic zones with full services in the governorates of Luxor, Arish, Hurgada and Sharm El-Sheikh.

They emphasised the necessity to allocate investments to serve Egyptian sports and to develop athletic activities.

They also discussed ways to make use of the advantages of the sports industry in order to create new investments serving the society, providing new job opportunities and supporting the national economy.

“It’s important to entrench the idea of ‘athletic investment’ in Egypt, since it has been gone for years. Sports gain huge profits that might benefit Egypt and its citizens, which is why many foreign countries encourage sports to help stimulate economic development,” said Saleh.

Saleh said there should be mechanisms and regulations to encourage athletic investment in Egypt along with the support of the private sector. To Saleh, this could be fruitful to both the Ministry of Sports and investors, as long as it is in conformity with the sports industry’s code of ethics.

“We don’t have the concept of athletic investment in Egypt since we don’t have private clubs or private athletic organisations,” he said. “Even the greatest club in Egypt Al-Ahli is still under the umbrella of the government.”

To Sadek, the idea of athletic investment is still a concept. In order to achieve it, he said, we need to possess a new way of thinking which doesn’t currently exist in our administration.