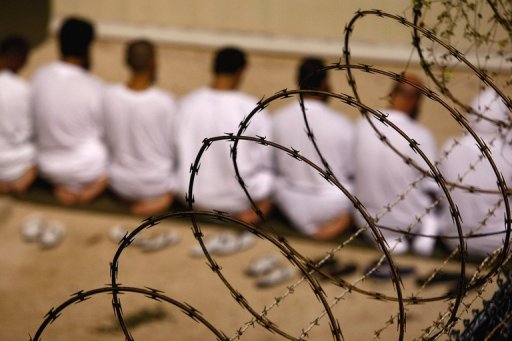 Washington (AFP) – The suicide of a Guantanamo inmate underscores the grim reality for detainees held there for nearly 11 years without charge or trial, with no end in sight to their imprisonment.

Three months after Adnan Farhan Abdul Latif was found dead in his cell, the US Army formally declared his death to be a suicide — the seventh at the prison.

US Southern Command, which oversees Guantanamo, said the US Navy’s criminal investigation unit has opened a probe into the Yemeni’s death.

“Too many questions are open,” his attorney David Remes told AFP.

How, Remes would like to know, did the prisoner manage to die at the tightly-controlled facility of a self-administered drug overdose, as the autopsy report cites as the cause?

And how could an inmate suffering from acute pneumonia be languishing in a disciplinary cell without medical care?

“If it was suicide, it was assisted suicide,” the attorney quipped.

Remes said that his client “foresaw that the military was trying to kill him, but without their fingerprints.”

Other Guantanamo detainees have reported finding “scissors and sharp objects in their cells,” he said.

Remes recalled that Latif was known as a difficult inmate, and had been placed in a block of inmates being punished for throwing urine on his jailers.

“He was a pain in the neck for the authorities. No doubt that he expressed and tried to commit suicide,” Remes said.

“Nothing worse than spending 11 years of captivity. Nobody asked whether they are guilty or not. It’s a misery. They feel very depressed.”

Remes said the despair is especially acute among the 15 Yemenis that he represents at Guantanamo.

President Barack Obama’s re-election, after nearly four years of failing to fulfill his vow to shutter the controversial facility, has compounded the despondency felt by many detainees.

In one of his first acts in office, Obama declared that he would close the doors of the George W. Bush-era “war on terror” prison for good. But it remains open, housing 166 detainees on the eve of his inauguration next month to a second term.

Lieutenant Colonel Barry Wingard, an attorney who represents three of the detainees, said closing the prison would not necessary solve the inmates’ problems.

“If closing Guantanamo means relocating my clients to other prisons throughout the world without a chance to prove their innocence, then it represents a new beginning without end for the prisoners,” he said.

“What we really need is the beginning of the end, and that involves release after 11 years in animal cages.”

Among his clients is Fayiz Kandari, a Kuwaiti man who saw his war crime charges recently dropped.

“People always ask me ‘why are you so committed to your clients?'” Wingard told AFP.

“When I travel to Gitmo, I look into the eyes of evil and injustice. There can be nothing more obscene in a legal system than keeping innocent men in prison.”

Prison conditions and legal constraints have only gotten tougher, not easier, under the Democratic president, according to Wingard.

“Some of the best examples involve the current regime insisting on reading my mail to my clients, deciding what mail he can receive and not allowing me to travel outside the US on behalf of my clients,” he said.

“Under the Bush administration, these were protections we took for granted,” Wingard said, adding that the prison conditions “haven’t gotten any better.”

Wingard said detention under Obama has been no less cruel than under Bush.

“Being punched in the face with a leather glove feels the same as being punched with a velvet glove,” he said.

Of the 166 detainees still held at Guantanamo, 55 have received the US military’s formal approval to be transferred, as had Latif. But there is no immediate prospect for their release.

And their status only became more uncertain after Congress gave its final nod last week to an annual defense bill with provisions barring detainees from being moved to the United States or to foreign countries — in effect forcing the controversial facility to remain open.

“President Obama must veto this legislation.”