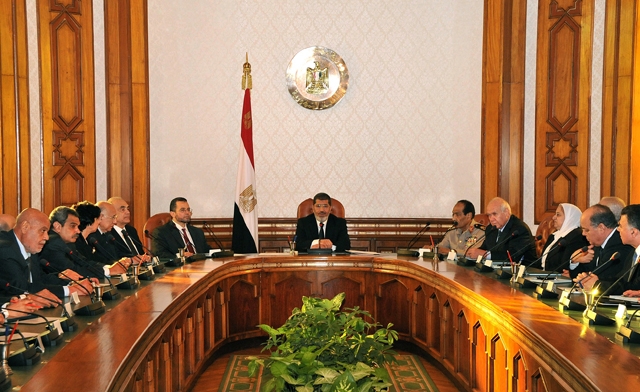 Minister of Communication Hany Mahmoud announced his resignation late Tuesday night over his Twitter account. He stated that he “cannot cope with the culture of government action, especially in light of the current conditions of the country.”

Mahmoud was appointed to the position five months ago by Prime Minister Hisham Qandil, who Mahmoud thanked for his understanding.

Mahmoud traveled with President Mohamed Morsy to China in August to meet with Chinese telecommunication firms. He also worked to expand the role of the Egyptian Postal Service to include services such as extending small loans. Mahmoud repeatedly stated that he intended to work toward expanding the capacity of Egyptian youth through communication and technology training.

Before joining the ministry Mahmoud was in charge of Egyptian Postal Service. He also worked for international corporations such as Vodafone and Xerox.

During his tenure as minister, Mahmoud sat down with the Daily News Egypt’s Economics Editor to discuss plans to develop the communication sector in Egypt. Mahmoud said that the biggest short-term goal was to focus on foreign investment.

“First is bringing foreign investment into the Egyptian Information Communication Technology (ICT) sector,” he said. “The ICT sector in Egypt used to lead foreign investment, attracting large sums money and a wide range of companies to come and invest in Egypt for the last 20 years.”

However, Tarek El-Ghamrawy, an economist at the Egyptian Centre for Economic Studies, said that the past year and a half of instability in Egypt has made it extremely difficult to attract foreign investment.

In the ICT sector specifically, El-Ghamrawy said, “there was nothing he could do. It is a group mission, if all the government does not help each minister in his job, there will not be dramatic results.”

This sentiment echoes Mahmoud’s own frustration, which he offered as the principal reason for his resignation.