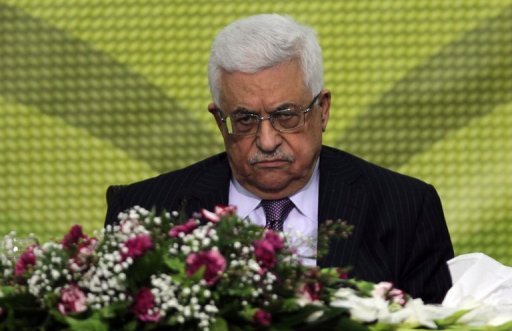 AFP – RAMALLAH, Palestinian Territories — The Palestinian Liberation Organisation, which has shaped Palestinian politics since the 1960s, is set for an overhaul as rivals Hamas and Fatah look to restart reconciliation.

The organisation is recognised as the “sole legitimate representative of the Palestinian people” and engages in activity on their behalf on the international stage, including negotiations and moves at the United Nations.

It was this body, with Palestinian president Mahmud Abbas as its head, which successfully obtained upgraded UN status for the Palestinians this year, but both the Hamas movement and Islamic Jihad remain outside of the organisation.

Leaders of Abbas’s Fatah movement have said in recent weeks that the so-called provisional leadership of the PLO, tasked with integrating Hamas and Islamic Jihad, would meet soon at the invitation of Egypt, which mediates Palestinian reconciliation.

“There will be a meeting but we don’t know exactly when”, Nabil Shaath, a Fatah leader involved in the reconciliation efforts, told the official radio Voice of Palestine last week.

“Egypt is very committed to this but we are considerate of the internal situation in Egypt,” he said, referring to ongoing political turmoil in Egypt.

“The PLO is is always open for membership of Hamas or whoever, but the PLO has a political platform. And if that political platform is acceptable by Hamas and Jihad, they’re both welcome to be members,” he added.

The PLO’s platform includes recognition of Israel and signing of peace agreements, stances which have been rejected by Hamas and Islamic Jihad and could prove stumbling blocks to their membership.

Shtayyeh stressed that the PLO represents Palestinians everywhere, pointing out that even Hamas’s chief-in-exile Khaled Meshaal offered the body his support in its bid to achieve upgraded UN status.

“We went to the United Nations not as Palestinian Authority,” Shtayyeh said, referring to the West Bank government headed by Abbas.

“We went to the United Nations as Palestine Liberation Organisation which is the representative of all the Palestinian people, the sole legitimate representative, with even Meshaal speaking about it and he has confirmed it and he is not challenging it.”

Meshaal has made clear he wants to see the PLO expanded to include Hamas, pledging allegiance to “our reference, the PLO, which we want united” during his first-ever trip to Gaza this month.

But he has also strongly backed reconciliation with Fatah, and in December 2011, at the end of the PLO provisional leadership’s first meeting, he hailed “a new departure on the path to joining the PLO of all Palestinian movements.”

Independent Palestinian legislator Mustafa Barghouti expressed confidence earlier this month that Hamas could be brought into the PLO.

“The PLO needs to be restructured, reformed, but nobody, not even Hamas, says we need an organisation outside the PLO,” he told reporters.

“The PLO needs restructuring to allow elections for all Palestinians, especially in the diaspora”, he added, saying he expected Hamas could eventually be persuaded to accept the PLO’s platform of negotiations with Israel.

“If there is a real perspective of two states, I think it will not be difficult to have them with us”, he said of Hamas leaders. “But how can I convince them to believe in something which does not exist?”