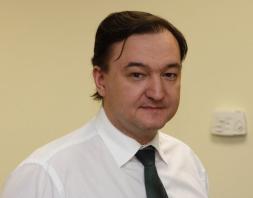 The law — retaliation for a US law punishing Russian officials implicated in the 2009 prison death of the whistle-blowing attorney Sergei Magnitsky — will come into force on January 1, the Kremlin said.

The highly contentious law is widely regarded as the toughest piece of anti-US legislation during Putin’s 13-year rule and has prompted objections not just from activists but even some cabinet ministers.

The law had been passed in three readings by the State Duma lower house of parliament and then at a session Wednesday held by the Federation Council upper house.

Putin said on Thursday that he intended to sign it, ending days of speculation about his position.

Pro-Kremlin lawmakers put together the bill in a matter of days in response to a new US law sanctioning Russian officials implicated in Magnitsky’s death.

Its passage revealed cracks in the Russian leadership between those who would prefer to get tough with the United States and ministers who back a more cautious approach.

Foreign Minister Sergei Lavrov and the cabinet’s social affairs chief Olga Golodets have both spoken out against it.

A separate measure in the law targets Russia’s liberal activists by banning all domestic political organisations with funding from the United States.

But Putin on Thursday mounted a firm defence of the ban while accusing the United States of “acting brazenly and arrogantly” towards Russia.

He said those who believed the law limited the opportunities of orphans failed to see the threats to Russian society posed by a steady outflow of children.

“There are lots of places in the world where living standards are higher than they are here,” said Putin.

“And what — are we going to send all our children there? Perhaps we should move there ourselves?”

And he raised the spectre of Russia going to “ruin” if it continued to allow foreigners to take care of its young.

“It may seem like our resources are limitless. But this is not the case,” Putin told the government’s most senior members in a televised meeting.

“We may reach a certain point at which — once we overstep it — we will not be able to stop our ruin,” he warned.

“So we have to be extremely sensitive and attentive toward such things.”

US families adopted nearly 1,000 Russian children last year and are the number one foreign destination of the country’s orphans.

A Russian presidential adviser on children’s rights, Pavel Astakhov, said on Wednesday that 46 pending US adoptions may be abandoned when the law enters into force on January 1.

“We will be ready to do that (eliminate foreign adoptions) after the adoption of the federal targeted programme on orphans,” Interfax quoted Astakhov as saying on Thursday.

“We are already moving in that direction,” the children’s rights aide added.