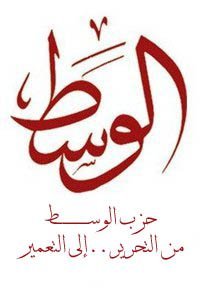 Parliamentary Affairs Minister Mohamed Mahsoub said he resigned Thursday afternoon because government policies were at odds with his own personal convictions.

They both resigned following the passing of the new constitution in a national referendum.

“I have definitely concluded that many of the [cabinet’s] policies oppose my personal convictions and more importantly the hopes and ambitions of our people following a great and pure revolution for which the most valuable of things were sacrificed,” said Mahsoub in his resignation letter, directed to President Mohamed Morsy.

He also criticised government efforts in retrieving former regime official’s funds that were smuggled abroad. Mahsoub was chairperson of the committee responsible for this, before being appointed minister of legal and parliamentary affairs.

The moderate Islamist Al-Wasat Party, to which Mahsoub belongs, released a statement Thursday expressing its “shock” that Prime Minister Qandil is staying on as head of government following the adoption of the new constitution.

The party said it expected Morsy to appoint a new premier after the new constitution passes but in his Wednesday address to the nation the president said he had tasked Qandil with conducting a necessary cabinet reshuffle to face new challenges, confirming that the prime minister would stay on.

Cabinet spokesperson Alaa Al-Hadidy also said in a statement that Qandil would remain on as prime minister until parliamentary elections for the lower chamber, the House of Representatives, are conducted, after which he would resign.

Nine members of Al-Wasat were appointed to the upper house, the Shura Council, by Morsy last week. The party Chairman Abu El-Ela Mady, his deputy Essam Sultan and Mahsoub himself were all active members of the Constituent Assembly that drafted the constitution.

Mady has also played a leading role in the “national dialogue” sessions sponsored by Morsy intended for engaging with the opposition.

Egyptian Socialist Party Secretary General Karima El-Hefnawy was among several political figures and analysts who said Al-Wasat’s stance towards the cabinet and Mahsoub’s resignation were due to the party being promised one of their members would lead the government following the adoption of the constitution.

“These allegations are completely untrue. Our opposition to Hesham Qandil, with all due respect to him as a person, is built on objective reasons such as his failure to fix the economy or restore security. We have opposed his appointment from the start because he is not a politician,” Al-Wasat spokesperson Tarek El-Malt told Daily News Egypt.

He said Mahsoub agreed to be part of the government despite the party’s reservations on Qandil because his portfolio was sufficiently independent and was not affected by the prime minister.

“The biggest proof that Al-Wasat is not seeking positions is that our leader Abu El-Ela Mady rejected the position of vice president more than once. Between the two rounds of presidential elections democratic forces nominated Abdel Moniem Abul Fotouh as prime minister to Morsy but Abul Fotouh declined, nominating Mady in his place. Mady went on to decline the position multiple times.”