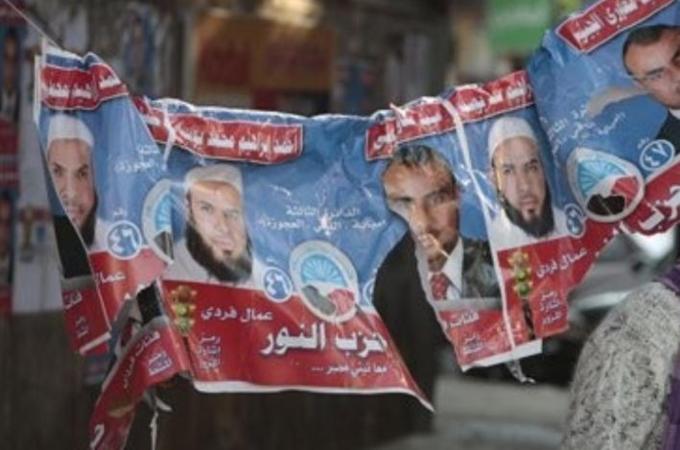 On Wednesday, Abdel-Ghafour, the two former spokespersons of Al-Nour party, Youssry Hammad and Mohamed Nour, along with numerous members announced their resignations to start off their own new party.

More than 100 members quit from Al-Nour. Several members have submitted “symbolic resignations from the party to represent the 26 Egyptian governorates,” sources close to Al-Nour party said.

Hammad said he resigned because his thoughts were different from that of Al-Nour party. “I will go to another party where I can freely express my opinions,” he said.

The party will be officially launched on Tuesday in Al-Azhar conference hall.

“It is a party with an Islamic reference, but of course we welcome anybody from different political ideologies,” Hammad said. He highlighted that the party leaders have already met up with heads of Islamist political parties to plan ahead.

“The parties will announce the coalition to compete in the upcoming parliamentary elections,” said Ayman Ilyas, spokesperson of Abu Ismail’s campaign. He highlighted that some ex-members of Al-Nour might be joining the new party of Abu Ismail. “The name of the new party and the number of its members are not settled yet,” he said.

In October, leaders of Al-Nour party split into two rival camps. Some senior members attempted to remain independent from the religious ideology of the Salafi call. One of the groups was headed by the party’s founder, Abdel-Ghafour, who is also an adviser to President Morsy. Abdel Ghafour promoted for separating the party from the Salafi clerical oversight.  Yasser Al-Borhami, a controversial Salafi figure, faced off with Abdel Ghafour. The party has witnessed a number of conflicts over the party’s internal elections.

After a series of long meetings, the leaders managed to settle the dispute. However, few weeks after Abdel Ghafour eventually announced his resignation. In an earlier interview, Nadder Bakkar, the current spokesperson of Al-Nour, said he had insisted to withdraw from the party although the remaining members sorted out conflicts and kept him as leader.

“We just had to conform to democracy. If he doesn’t want to stay, the party will then accept that because it believes in democracy,” he said.

Abdel Ghafour was not available to comment on the subject.