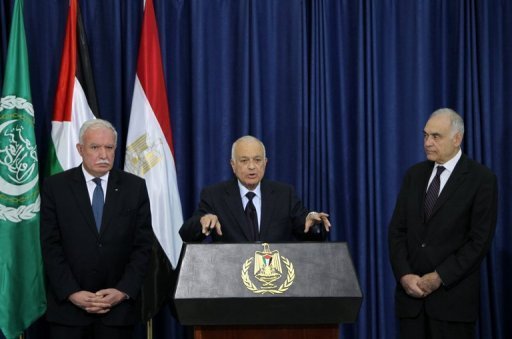 Arabi would be joined by 10 Arab foreign ministers, according to the Palestinian Authority’s diplomatic head Riyad Al-Malki.

Palestinian negotiator Saeb Erakat said last week he expected the league would imminently pay the first installment of a promised fiscal “safety net” of $100m, as it had promised in the event of Israeli financial sanctions.

On 2 December, Israel said it would not transfer tax and tariff funds it collects for the Palestinians this month in response to their successful bid for upgraded UN status to observer state.

Every month, Israel transfers about 460 million shekels ($120m, €92.7m) in customs duties on goods destined for Palestinian markets that transit through Israeli ports, and which constitute a large percentage of the Palestinian budget.

The transfers are governed by the 1994 Paris Protocols with the Palestinians.