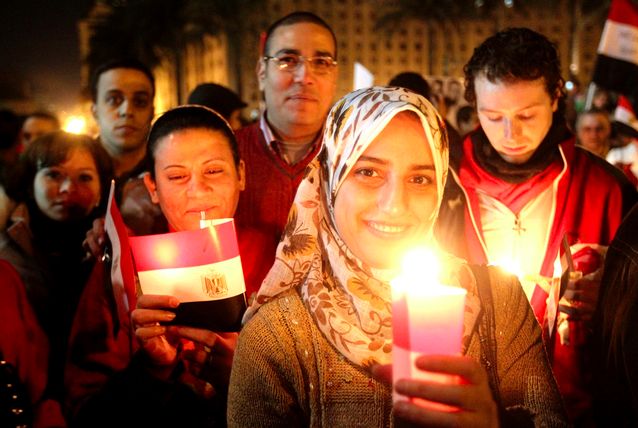 Though Egyptians may be in denial that another year has come and gone with no progress on the political side, there is an abundance of things to do this New Year ’s Eve in Cairo.

The busy day is often marked with congested roads- even by Cairene standards- and a full house across all restaurants, bars, malls and cafes. We recommend watching out for the one or two drunk drivers that always embellish our streets after midnight.

To start with Cairo’s favourite bar, the Cairo Jazz Club, is hosting DJ Ramy with an open bar and an entrance fee of EGP 500.

Across town, the swanky O bar at the Fairmont, is offering a themed party based on everyone’s favourite city. The event is called “This is London”, and the hotel is giving rooms at a special rate for those wanting to party and crash for the night.

For a night with some more local flavour, the rooftop bar is hosting Nicole Saba and Hakim, but it comes with a whopping entrance fee of EGP 1000.

We recommend you avoid ; City Stars is almost always a hotspot for large-scale sexual harassment, and the over crowdedness is enough to deter you from even going.

Now that Tamarai has gotten over its brief revolutionary phase, the club is hosting a party with the title Discreet and promises a few surprises for its loyal fans. If it’s anything like the Tamarai we know, you have nothing to be worried about.

Speaking of revolutionary fervour, Tahrir’s Arabesque will be hosting DJ Nader Nelson for EGP 350, though there is no word on whether Arabesque’s superb belly dancer act will make an appearance.

Deals 14 is hosting a surprise performance with two options of EGP 250 for dinner and free bouchon or EGP 400 for all of the above with an open bar. Pub 55 is giving you an oriental night complete with a belly dancer and an oriental band.

And just because Amici has launched its On Wheels service to get those cocktails to your doorstep does not mean that the bar is not celebrating the New Year in both its Heliopolis and Zamalek venues.

For those who want a more quiet new year’s eve, there is always the Cairo Opera House which will be hosting the Cairo Symphony Orchestra for a different night out on the town.

Most of these venues will be filled to the brim so if you are planning on going anywhere on new year’s eve, make sure to phone ahead and confirm your reservation and above all, be ready to pay a premium price for it.