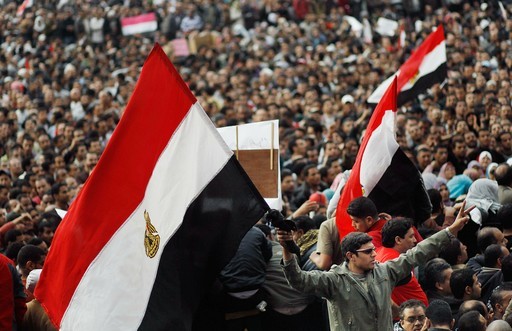 29 January: Elections of the Shura council

1 February: 74 dead at a football match in Port Said

28 March: First session of the first Constituent Assembly to draft the constitution

10 April: Supreme Administrative court suspends the Constituent Assembly for being unrepresentative of the Egyptian people.

2 May: Clashes in Abbaseya come to a halt after 11 are pronounced dead and hundreds injured

23, 24 May: First stage of presidential elections

2 August: Morsy Annuls SCAF’s supplementary decree and issues a new one giving himself power over the Constituent Assembly

5 August: 16 Egyptian soldiers killed at a checkpoint on the borders with Gaza

11 October: Morsy removes Prosecutor General Abdel Meguid Mahmoud from his post and appoints him envoy to the Vatican, fuelling a crisis with the judiciary.

17 November: More than 50 children dead when a train hit their school bus

1 December: Hossam El-Gheriany, head of constituent assembly delivers the draft constitution to Morsy, while Islamists demonstrate their support in front of Cairo University

4 December: “Final Warning” protest marches from Tahrir to the presidential palace demonstrating against Morsy’s constitutional declaration. A number of independent newspapers and TV channels observed a media blackout in protest of restrictions on media freedoms

8 December: Morsy issues another constitutional declaration annulling the first one

25 December: Constitution passes with 63.8 per cent approval after a low turn-out of 32 per cent of eligible voters