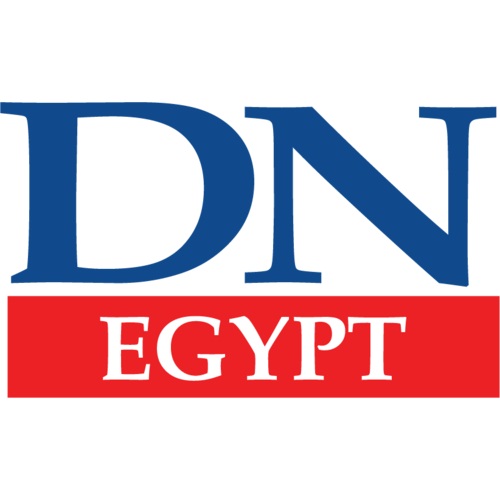 The Egyptian coffeehouse is a social venue in all Egyptian cities. It is a place where Egyptians, young and old alike, can relax with a cup of tea, a game of backgammon, or a few puffs of shisha. After the January 25th revolution, coffeehouses became the meeting point of political and cultural dynamism. Daily News Egypt combed the coffeehouses of Downtown Cairo to experience this newly evolving social discourse.

The story depicts the downtown atmosphere through an analysis of the juxtaposition between the old architecture and the modern lifestyle. DNE visited Cafe Riche, Zahret El-Bostan, El-Borsa and Om Kalthoum. A vivid description of Cafe Riche is followed by historical facts about the venue, which help to explain the cafe’s relationship with politics.

The article examines how Om Kalthoum how after the 25 January Revolution, people shifted to discussing politics rather than football. DNE also lays down interesting stories behind the names of some venues in Downtown Cairo.

Displaying the differences between traditional coffeehouses and modern coffeehouses, Daily News Egypt also elaborates the emergence of European-style cafes in the country. While some preserved the traditional setting, other cafes blended the European-style in their venues. The story presents the customary activities practised and the different types of people attracted to various venues.

Downtown venues host several people with cultural and socio-economic backgrounds such as students, accountants, activists, NGO workers, intellects and artists. Some coffeehouses attract young students and romantic couples in the morning but later, morph into an NGO worker and activist gathering by night. Digging deeper, DNE interviews both patrons and venue workers to present their perception of coffeehouses, along its impact on culture.

Operation Smile: Changing lives, one smile at a time

Daily News Egypt travelled to Assiut, to cover Operation Smile in Egypt, an international organisation that helps children and adults with cleft lips and cleft palates. A team of volunteers visit countries around the world to treat children with such type of facial deformities. The story highlights how the organisation’s name fits its function, because it puts a smile on the face of the children and their parents.

Operation Smile targeted Assiut with an educational mission in addition to treating their patients. DNE spoke, exclusively with the team members.

Speaking to Operation Smile Egypt contingent, DNE shares what made team members join the organisation. In addition to the organisation’s staff, the team includes doctors, nurses, dentists, technicians and non-medical volunteers. The story lays down their heart-touching opinion about the organisation, their contribution and the effect of their missions on their patients.

Explaining the procedures, DNE also clarifies why certain children did not undergo the surgeries.

The story presents the reasons behind carrying out an education mission and collaborating with the University of Assiut rather than the Ministry of Health on this mission specifically.

Daily News Egypt met with Egyptian women who suffer from emotional and physical damage due to domestic violence. Perceived as taboo by rural families, victims of spousal ill-treatment cannot approach divorce.  The story presents forms of abuse that the women faced in their marriage including everything from verbal insults and to extensive physical violence.

Through research, DNE found cases where male spouses were reported to have kicked, dragged, or choked their wives. According to surveys, 28 per cent of Egyptian women are victims of domestic violence.

The story tackles the reasons behind spousal violence and shares the distressing experiences of five Egyptian women. Interviewing them, DNE presents an in-depth portrayal the suffering the women endured. Sharing the victims’ troubling stories, DNE reveals that such form of ill treatment is also inflicted on their children, when attempting to defend their mothers.

Showcasing that some of the victims are in fact the breadwinners of the family, the story also reveals a wide array of other surprising elements behind their agony.

Sexual abuse within the family

Sexual abuse in Egypt is a great taboo, and its victims fear reporting about the crime, especially when the perpetrator is a family member. Daily News Egypt interviewed a victim of familial sexual assault, sharing her hurt and pain.

The story reveals why specialists fail to collect solid figures and reports regarding the issue. Presenting the stigma associated with sexual abuse in Egypt, the story reveals how victims of abuse happen to be victims of the accustomed value system as well.

Through interviewing specialists, DNE highlights which areas in Egypt are more likely to have such incidents occurring. DNE also talked with psychological, social and legal experts, in order to understand various angles of the issue.

Despite the presence of laws protecting the victim’s rights, families tend to follow outside channels in handling the crime. DNE also presents some of these approaches throughout the story.

The underground music scene in Egypt compensates for the lack of artistic diversity presented through the local mainstream business. Approaching mainstream producers is not an option for independent artists seeking public exposure of their music, who, therefore, have to follow an alternative path.

The underground subculture that preserves and promotes the notion independent music is aggregated with obstacles that hinder the dreams of musicians in Egypt. Daily News Egypt interviewed independent artists and their supporters, displaying how they suffer to present their art.

Starting by mentioning general differences between the two music scenes, the story presents a set of problems facing musicians in Egypt. Musicians do not want to subject their work to creative control, practiced in the mainstream business, so they have a hard time gaining recognition. DNE exhibits the artists’ financial obstacles and how it is linked to factors such as lack of venues and events.

While finances are the major obstacle in a musician’s path, artists face a slew of culturally based problems as well.

The story presents astonishing incidents shared by the musicians. For instance, the Syndicate of Music Profession forms an obstacle in the musicians’ career, rather than being a supportive body. DNE reveals that the actions practiced by the syndicate with the musicians, turn out to be illegal.

Daily News Egypt shares the story of 13 year old Nora who is finishing primary school and getting married by the end of this year. Nora’s upcoming marriage is an example for many early marriages that are orchestrated in rural and urban areas in Egypt.

A survey published this year by the National Council for Women, showed that 22 per cent of girls got married before they were 18. Om Sameh, Nora’s mother, recounts her own experience with early marriage and what she hopes to avoid doing with her daughter.

Nora’s story sheds light on the interplay of cultural and communal norms and traditions, poverty and illiteracy in the issue. Experts from grassroots organisations working on early marriage explain the legal loopholes that families use to get around the ban on underage marriage, the ramifications of the issue on the brides’ reproductive and psychological health as well as their children’s health. The article presents possible solutions for the issue.

Five to six million people in Egypt take up street vending as their sole source of living. Their merchandise varies from shoes, to kitchenware, to stationary, to food. Their competitive advantage is selling an affordable supply of merchandise.

To make their merchandise convenient, they occupy alleyways and streets, exacerbating the ever-growing traffic problem in Egypt and therefore constantly face police raids and eviction.

Daily News Egypt spoke to street vendors from Tahrir Square and Talaat Harb Street in order shed light on the reasons why they take up vending, how they buy their merchandise despite lack of money, their work conditions, how they survive police evictions, and strive to keep their autonomy.

The article features an interview with the head of a Western Cairo neighbourhood directorate who justifies the government crackdown on vendors to relieve the traffic problem. In another interview, the head of the Federation for Economic Development Associations suggests many alternatives the government could adopt to solve the issue of vendors, such as integrating it in the formal economy.

Torture since the revolution

Khaled Said’s torture and killing was a vital trigger for the 25January revolution. One of the demands of the revolution was to end the use of torture, a tool that was systematically used by the police in Egypt under the Mubarak regime.

Daily News Egypt examines the different methods used by the police to conduct torture. The article compares the use of torture pre- and post the 25January revolution and the change in Egyptians’ responses towards offensive police officers.

The article looks at the physiological traumas torture victims undergo such as the victim’s desire to revenge rather seek justice, and post-traumatic stress disorder. It focuses on the legal procedures, the slow judicial response to torture complaints, and the procedural errors resulting from insufficient or biased investigation.

Finally, the article highlights the roadmap some anti-torture organisations and initiatives have embarked upon: their activism and mobilisation to draft laws and enforce existing legislation to terminate torture.

Groups of Salafis in the Constituent Assembly ensured the public that Egypt’s upcoming constitution is devoid of any clauses on human trafficking, because it does not exist in the country.

However, Daily News Egypt, found one victim of an international human trafficking ring. This article tells the story of Mary, a former “house slave” in Saudi Arabia, who came to Egypt to escape, but ultimately suffered horrific abuse under her employers.

Being a domestic slave, Mary was beaten and overworked without payment. She ended up fleeing to the Indonesian embassy. The article features interviews with officials from a shelter for victims of trafficking run by the International Organisation for Migration in Cairo, and the National Council for Childhood and Motherhood. It sheds light on the shelter’s activities such as receiving cases with psychological or medical issues, and providing medical help to women with STDs and other physical injuries.

Finally, the article explains the state’s commitment under the 2010 law against trafficking, which obliges Egypt to provide medical treatment, rehabilitation and reintegration.

In a series of four articles the Daily News Egypt examined some of the controversial religious groups in Egypt.

Through firsthand accounts with Sufi disciples and sheikhs, the article looks into the meanings of Sufism, inshad, dhikr, and mawalid, the misconceptions about Sufism, its rivalry with Wahhabism, and its involvement in politics.

Once the family of Baha was known to be a follower of the Baha’i faith, Baha’s parents were imprisoned; their house was looted and torched among other Baha’is homes. The article recounts Baha’s story and details the history and origins of the Baha’i faith, reasons for persecution in Egypt, and the hope for acceptance after the revolution.

Meeting with Shi’as who were persecuted by the public and accused of contempt of religion for practising their rituals, the Daily News Egypt investigates the future of Shi’as in Egypt in light of the new constitution.

No strangers in the land of Egypt

The Daily News Egypt takes the readers through a brief historical journey from the1940s and 1950s, when a large Jewish culture thrived in Egypt, to their status in the present day, and their celebration of the Jewish New Year at Adly Synagogue.