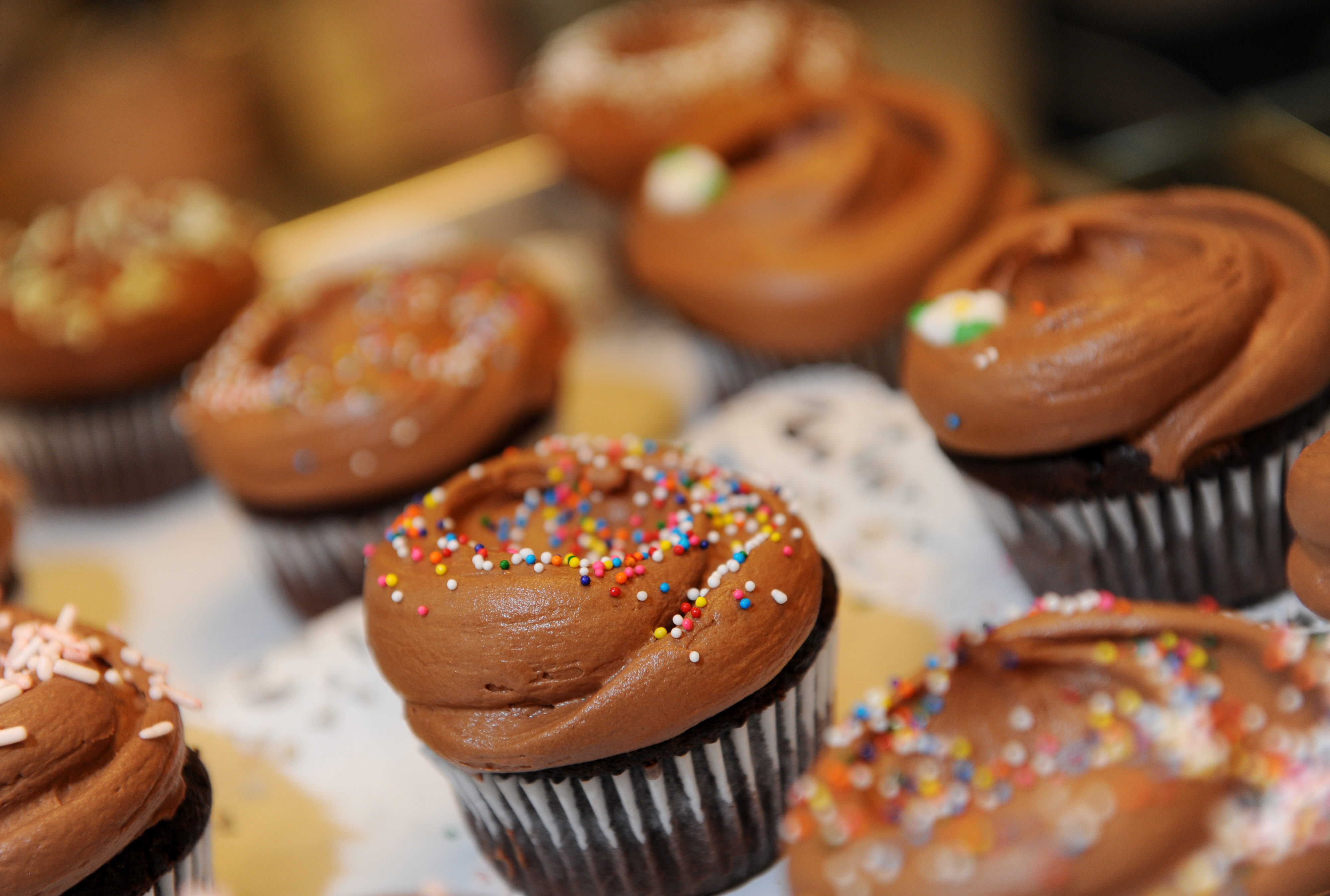 The Japanese Garden is unlike any other in Egypt; it has beautiful arbors, Japanese architecture, fish ponds, and little statues of Buddha surrounding an artificial lake.

Though the lake has long since dried up, the beautiful image of the statues counteracted by a dilapidated building in the background still provides a beautiful, albeit melancholy, visual pleasure. The un-kept trees obstruct the stairs on the way up but this only adds to the atmosphere of the Garden.

Please do try this at home: the cupcake experiment

Omar El Adl describes a normal day in our office, with added cupcakes

We bought three batches of ten cupcakes each and conducted an experiment on 14 unsuspecting colleagues who were forced to sample all three batches without knowing which places they were from.

Once the initial thrill of yumminess faded, we had to result to stern admonitions and once even threats to make sure everyone ate pieces from all places, then it was time to vote. Slight nausea and sugar highs notwithstanding, the Daily News Egypt staff proved to be troopers as they carefully and thoughtfully made their decisions.

Doula, the woman who serves

Adel Heine met with one of the few Doulas in Egypt

“Giving birth is arguably the most natural biological process in the world, yet in modern times is often treated as we would a disease,” according to Sassi. “A Doula’s job is to ensure that, with all medical support is available if needed, the labour and delivery happen naturally and in the way the mother wants. A woman in the middle of labour is busy and preoccupied so she relies on her Doula to speak for her if needed.”

Hypnosis is the revolution of the mind

“People who are experiencing trauma or who are in shock are per definition in a state of trance,” explains Vannier, Certified Hypnotist and NLP Practitioner. “This means they are in a suggestible state and the words that are spoken to them will have a deep and long lasting effect.

It can make the difference between recovering from a trauma in a week or in five years.” This is the premise on which the training Vannier offered to the volunteers of the field hospital was based.

The way Cairo is spread out right in front of your eyes from up there is simply spectacular. You can see the wide Nile breaking into two to give birth to Zamalek island, and acting like a border between Giza governorate and Cairo.

I reached out for the one telescope available in the entire tower yet I was greatly disappointed to find that I was too short to see through it; the telescope was installed at a level too high to allow not just the vertically challenged but actually anybody within average height to see through it.

Women who harness the wind

The KB4Girls Foundation was established by kiteboarding world champion Kristin Boese at the end of 2010, with the aim of empowering females through the sport of kiteboarding.  It is a not for profit organization through which Boese and all those involved provide their time and guidance for women interested in kiteboarding free of charge.

In return, all participants in KB4girls events are asked to raise funds for a local charity focused on supporting women in need.  Participants in the El Gouna 2012 camp raised money for the women’s shelter run by Hope Village Society in Cairo.

Bite Me Cairo: Wok This Way

David Blanks talks about food, life, Egypt, food, restaurants, food, well, you get it, in his weekly column.

I chose egg noodles, the duck, naturally, Chef Masoud’s house sauce (go for that one), shittake mushrooms. It was a light touch, as it should be. Just what the doctor ordered. They placed quality soy and chili sauce on the table, but screw that noise: It’s like putting milk and sugar in your espresso. Enjoy the delicate flavours as they are meant to be enjoyed. Don’t mess with mother nature.

Mr. Wok is a winner. He talks the talks and most assuredly woks the wok. Yeah, baby. Just gimme a kiss, like this …

Iman Adel Abdel-Fattah shares a recipe with us each week, during Ramadan she even suggested several full iftar menus per week even, that let us in on the secrets behind iconic Egyptian dishes as molokeya, koshary and everything in between.

One of our favourites of the past year was the recipe for real kahk for Eid, which included suggestions for fillings, toppings and detailed instructions to make sure the kahk was better than anything you could find in a bakery.

Cycling in Cairo: Just use your head

Omar El Adl took us for a spin around town

Using a bicycle in Cairo can sometimes be deceptively simple; pedestrians are used to delivery bicycles, and to some extent so are cars. On the smaller streets riding a bike is a breeze, since you avoid the kind of traffic that bogs down cars.

On the bigger streets it is more challenging but general rules apply; take the right side of the road (but leave some space), deal with the other traffic as if you are a slower, smaller car and above all be mindful of your surroundings.