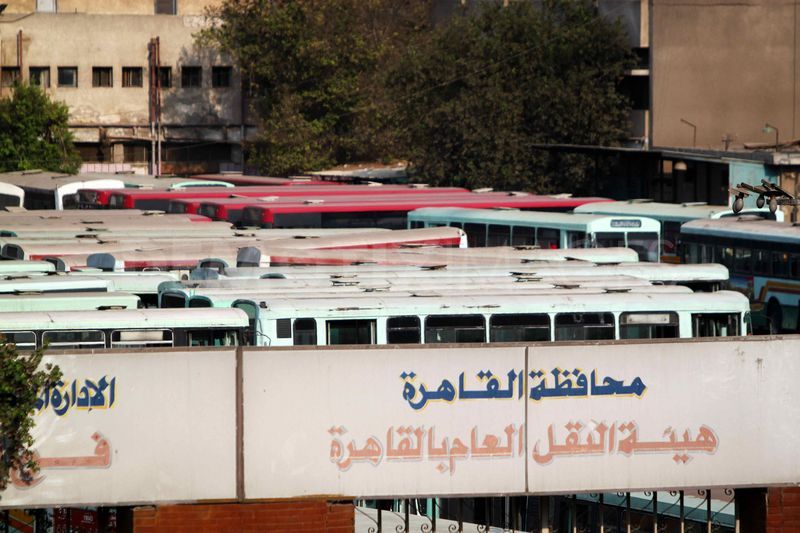 Public Transport drivers in at the Athar El-Naby garage went on strike on Sunday, following the death of Yasser Hosni, who worked in the the same garage.

Tarek El-Beheiry, the vice-chairman of the Independent Union for Public Transport Workers and the official spokesperson of the union, said, ” workers from two garages were on full strike on Sunday; Athar El-Naby and Fom El-Khaleeg… Athar El-Naby garage is still on strike.”

The workers demanded the payment of the financial dues of Yasser Hosni, the deceased. Hosni was also a member of the union.

According to El-Beheiry, Hosni went to a hospital that works under the Public Transport Authority early Thursday. “They closed their doors to him,” he said, adding that this led to the deterioration of Hosni’s condition. He died on Saturday.

An official at the Public Transport Authority, who wishes to remain anonymous, denied that one of the Authority’s hospitals turned the deceased away. He dismissed the allegations as rumors and added that Hosni was only taken to one hospital, which did not belong to the authority.

Hosni Sa’ad El-Din, a member of the union, also doubted the hospital turned Hosni away, “there is no way a doctor would do that.”

El-Beheiry said the strike’s demands also included the dismissal of Mostafa Erfan, head of the Central Department for Medical Affairs in the Public Transport Authority. El-Beheiry claimed Erfan was suspended pending the completion of investigations. He added that his suspension is the reason the drivers at Fom El-Khaleeg garage resumed work.

The cause of Hosni’s death remains unclear. While El-Beheiry claims he had a stroke, Sa’ad El-Din believed Hosni was poisoned. The union planned to hold a meeting once Hosni’s cause of death is determined.