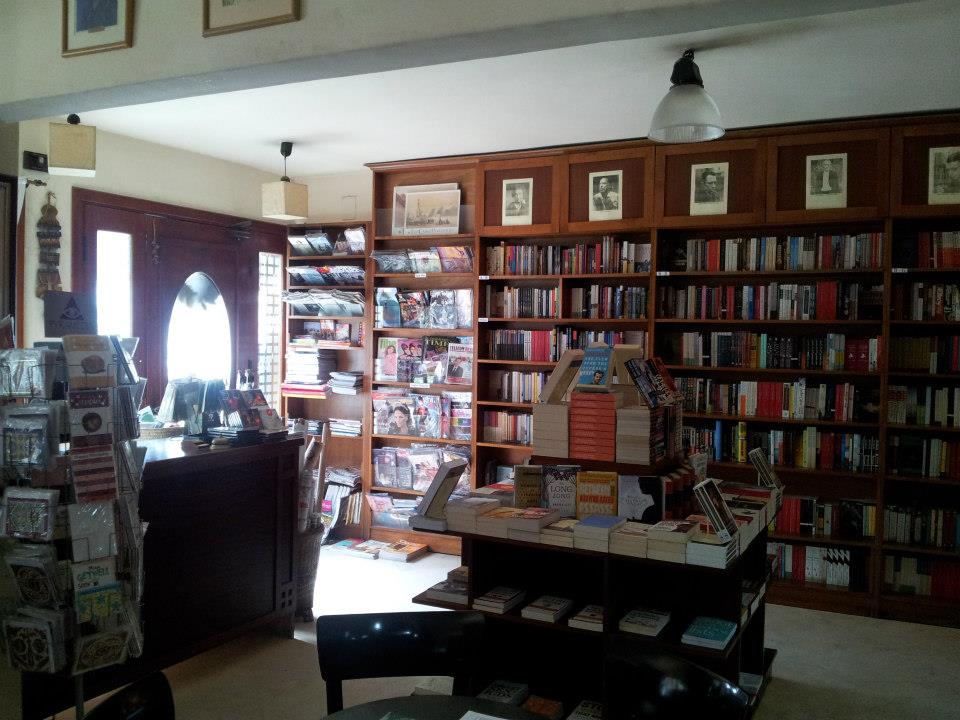 In the past 10 years, Cairo has witnessed the rise of bookstores like Diwan, Shorouk and Alef:  bookstores that carry a large selection of English books and sometimes offer a place to sit down and enjoy a book. With book cafes like Sufi and Bikya, the trend seems to have evolved from the act of buying a book in a simple transaction to a lifestyle with its own culture. But few places take that culture more seriously than Al-Kotob Khan.

Al-Kotob Khan, which literally means “the book store,” is Maadi’s peculiar hybrid between a cultural centre and a bookstore. It is no exaggeration to say that there are titles in the bookstore that cannot be found anywhere else in the city. The reason why Al-Kotob Khan works is the philosophy behind it.

“The original idea for Al-Kotob Khan was for a cultural centre. We wanted a place for books, cinema, music, documentaries and short films because we felt, at the time, that they lacked proper venues,” said Karma Youssef, the owner of Al-Kotob Khan.

“We are a bookstore and a publisher but we focus on cultural events that are relevant to our community. We host workshops for creative writing, book signings, film screenings, book discussions, etc. We try to engage with civil society,” she said.

When the bookstore opened in 2006, Youssef says it was a challenge getting a distinguished selection of books, something Al-Kotob Khan is known for.

“I discovered that wholesalers in Egypt get books mostly through bestseller lists. They cherry pick an author’s works, get the ones that are most likely to sell and put them in genres like ‘romance’ or ‘paranormal’,” said Youssef.

“You could not find complete works of even famous authors like Thomas Mann or Virginia Woolf, because bookstores pick from lists. We try to get a comprehensive selection of an author’s works from different publishers so we have titles from big companies like Penguin and Random House as well as smaller publishers in the US and the UK,” she said.

Most bookstores in Cairo have agreements with certain trade publishers whose books they carry. For example, Shorouk has an agreement with Penguin and carry Penguin Classics and Modern Classic series. Al-Kotob Khan offers an extensive library that is categorised only by alphabetical order, making it easy for the reader to find a book and not get bogged down by genres or bestseller lists.

The store also offers a coffee corner and Arabic books that are of no less quality, “we carry Arabic books from Egyptian and Arab publishers, making them on par with our English selection. We host a ‘book of the month’ discussion on the last Wednesday of each month where we can have the author or a literary critic discuss it with the audience.”

Finally, Al-Kotob Khan would not be a community centre if it were not involved in its local community, and the bookstore has empowered civil society since the 25 January uprising and closed its doors on 28 January, famously called “The Friday of Rage.”

“We became a venue for parliamentary hopefuls during elections in our neighbourhood and we have hosted workshops to define concepts that have become relevant to our lives such as ‘civil state’ or to discuss the referendum. We have had figures such as Galal Amin and Sonaalla Ibrahim in discussion to engage participants.”

Al-Kotob Khan is the kind of bookstore we wish was all over Cairo. Whether you are looking for a specific translation of you favourite philosopher, or just want to enjoy a bestseller with coffee and quite music, Al-Kotob Khan has got you covered.