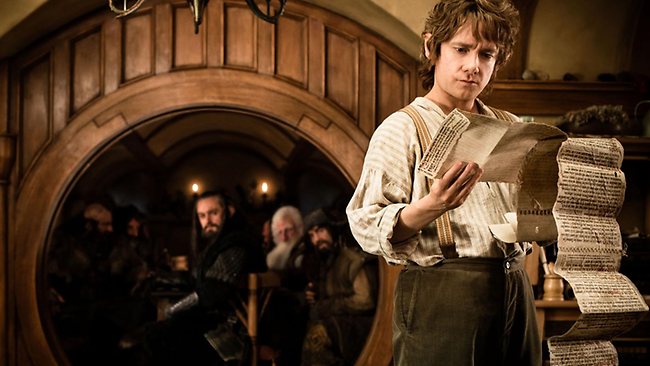 I was very worried as I walked into the IMAX theatre to see The Hobbit. All the reviews I had read and the people I talked to who had seen it were saying it was very bad. As a major Tolkien fan and general geek I really would not have been able to handle it if Peter Jackson messed this up.

Jackson had messed up at least one or two of his projects after The Lord of the Rings, which added fuel to the fire of doubt. I nonetheless would not have missed this movie for anything, and I was pleasantly surprised.

The Hobbit: An Unexpected Journey is the first instalment in Jackson’s adaptation of J.R.R Tolkien’s first major work. Jackson has opted to present the book in the form of a trilogy.

To be fair, the movie is slow at times, (it takes an entire hour to get out of the house of Bilbo Baggins) which as a fan I liked, as it was paying attention to every single detail, but will understandably turn off the casual viewer.

In fact this is a recurring occurrence in the movie, which some will find stretched out. Although personally I felt The Lord of the Rings was squeezed and could have used a little more time.

And that gets the negatives out of the way. The movie was otherwise brilliant. Jackson’s use of New Zealand scenery is beautiful as always, especially the scenes taking place in The Shire and around mountains.

The IMAX and 3D viewing experience plays a huge role in that to be honest, but cinema is a visual art at the end of the day so that’s not something to be taken against it.

The acting is superb. Martin Freeman plays an excellent Bilbo, outwardly prim, proper, yet his courage and valour shine through at the right times.

Sir Ian McKellen reprises his role as everyone’s favourite wizard. Viewers get to see a Gandalf with a little more oomph this time around, disposing of trolls, slaying goblins and bombarding orcs with flaming pines.

Richard Armitage plays Thorin Oakenshield, leader of the dwarf company, and does it well. Thorin is heroic and traditional quest leader material, but proud and arrogant which was an accurate portrayal of the character from the books. Sort of a proto-Aragorn.

Jackson surprises audiences with a few cameos, too. Elijah Woods appears as Frodo for the movie’s short prequel alongside Ian Holm as the elder Bilbo. Christopher Lee, Hugo Weaving and Cate Blanchett appear again as Saruman the White, Elrond and Lady Galadriel respectively.

Makeup and CGI were superb, with the orc faces much more detailed this time around. Gollum makes an appearance too and as always Andy Serkis does an amazing job with the motion capture and voicing performance.

The movie does not have the same grand, epic feel the LOTR trilogy has, this time instead of saving the world from imminent darkness we follow a hobbit, a wizard and a company of dwarves as they attempt to reclaim their gold and homeland from a dragon.

But it is precisely this traditional quest story structure that makes the book so endearing and the movie mimics that perfectly.

The music is exquisite. Howard Shore outdid himself with the score this time, despite his work in LOTR already being top notch. The score has hints of the epic and grand sense the previous one has, but most tracks had a folk feel to them. The dwarves’ Misty Mountains song in particular was very good.

At the end of the day, Jackson did in fact pander to the fans a little, but no way near enough to make this a bad movie or even a mediocre one for non-fans, and the other reviews I feel are exceptionally harsh. Everyone should go see it, preferably in IMAX 3D. I did twice.