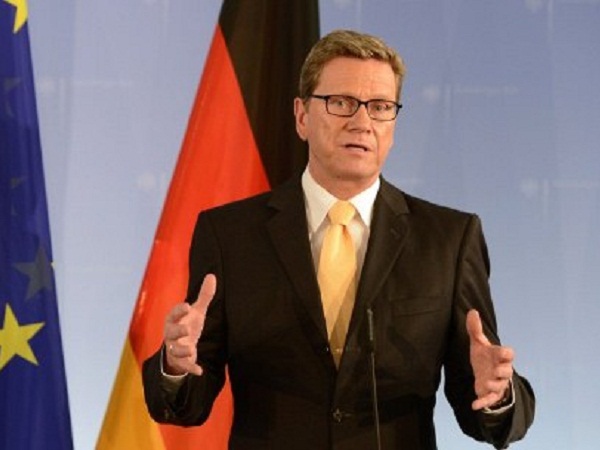 The German Minister Of Foreign Affairs Guido Westerwelle has said his country is committed to continuing dialogue with the current Egyptian government, saying continued dialogue is the way forward to ensure Egypt’s democratic transition.

In the statement made to the German newspaper die Welt Westerwelle said that despite the criticism President Mohamed Morsy has received following the constitutional referendum, it should not be forgotten that he is the first democratically elected leader in Egypt.

Shortly after the results of the referendum were announced, Westerwelle had said that Egypt found itself at the start of a process which could “lead the country to genuine democracy, pluralism and rule of law,” despite the low voter turnout. He also called on opposition forces and the ruling party to work together to move the country forward.

Germany’s willingness to cooperate is not shared by the entire European community. Marietje Schaake, a European Union (EU) parliamentarian and member of the Dutch D66 democratic party, agreed dialogue was necessary but also called on the EU parliament
to freeze all aid to Egypt shortly after Morsy had made his constitutional decree in November.

Schaake said the EU favoured close partnership provided that fundamental principles such as separation of power and an independent judiciary are at the base of Egypt’s constiution. Morsy has handed his legislative powers to the newly-appointed Shura Council until a parliament is elected but continues to struggle with the Judiciary.

“Democratically elected leaders should also respect the freedoms and rights of their citizens,” Schaake wrote to the EU high-representative Catherine Ashton, adding that to ensure this, “fundamental constitutional checks and balances are essential. President
Morsy is not democratically chosen to crown himself Pharaoh.”

Schaake’s proposal did not gain momentum in parliament. She said a constant issue within the EU is that their policies are not always clear to their own members. As far as support for Morsy’s administration, Schaake believes the EU has been too weak. “In a flawed system the result is also tainted by a balance, or lack thereof, in the process.”

“Checks and balances can’t be fought out on the streets but are enshrined in law,” Schaalke said. “The EU should focus on fundamental rights.”

She said calls for dialogue with the opposition should not be hollow gestures, and was also critical of the EU for failing to make it explicitly clear to Egypt what its expectations are.

“There are continuing challenges surrounding religious and ethnic pluralism, political voices and women’s rights,” Schaake said, adding that Europe’s long history of transitions and revolutions are lessons they could share with Egypt.

“In Europe we know all too well that reconciliation and transition take decades, not years. “There seems to be a significant resistance to European assistance, while Gulf aid is being accepted,” Schaake said.

In Holland, the current government is more focused on human rights than the previous government. Schaake says the Dutch government has always stood behind the defence of human rights and free speech. “Despite our own challenges,” she said, “Holland has long been a haven for free thinkers and we are still amongst the most open minded societies.”

While most of Europe seems ready to accept the current political situation, Schaake added she would continue to oppose Morsy’s government as long as it does not respect the civil and political rights of its citizens.