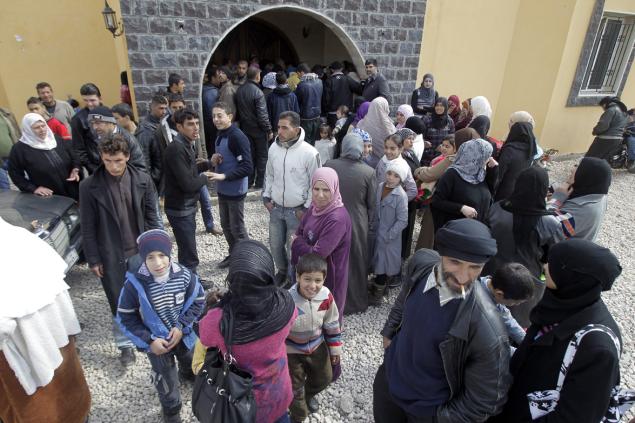 AFP – Lebanon is to keep its border with Syria open to refugees but will seek more aid from other Arab states and the international community, its government decided in a meeting.

The cabinet rejected calls from ministers of the Free Patriotic Movement to close the border with the number in Lebanon already totalling 125,000, according to UN figures, 200,000 according to government estimates.

“The government has decided to call for urgent meetings of the Arab League and international organisations so we can explain the situation of the refugees,” a statement said.

Ministers also agreed to “appeal to donor states to honour their aid pledges to Lebanon and to launch a diplomatic campaign both in the Arab world and internationally to persuade Arab and friendly government to share the financial and logistical burden with Lebanon.”

Social Affairs Minister Wael Abu Faur told reporters that there had been intense debate at the meeting about closing the border.

But in the end most ministers felt such a move “was impractical because, beyond humanitarian considerations and considerations of fraternity and (Arab) nationalism, I don’t think any official at the border is going to tell a Syrian family fleeing for their lives ‘I refuse you entry to Lebanon’,” Abu Faur said.

The government is dominated by Shiite militant movement Hezbollah. The Free Patriotic Movement of Michel Aoun is its Christian ally.