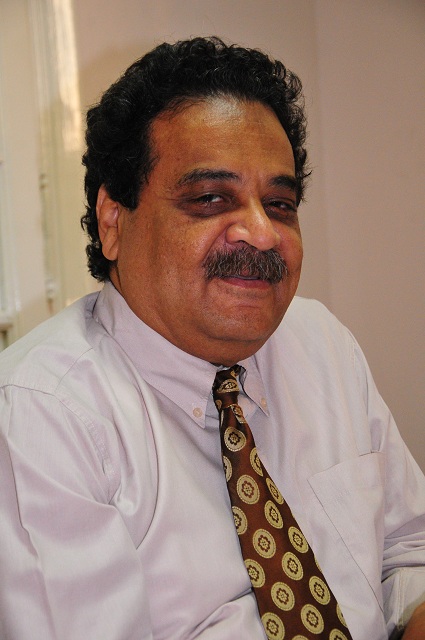 rid The referendum was passed with nearly 64% of the electorate voting “Yes,” in two rounds of voting that possessed its fair share of violations, rigging and fraud. Those who did vote “No,” were not just saying no to the referendum itself, but also to the larger Muslim Brotherhood franchise. With regards to those who voted “Yes,” their actual numbers probably did not exceed 45%.

Of these, half of them were most likely genuine Brotherhood supporters who voted just as much for the brand name as they did for the referendum. The other half voted “Yes” most likely because they believed the Brotherhood’s claims that doing so meant a vote for stability and security and the improvement of their economic lot in life.

In his first speech made after the ratification of the constitution, I wondered whether or not the Muslim Brotherhood had truly delivered Egypt from its state of chaos and insecurity, as they promised they would. To answer this question however, first we must identify what the causes of this instability were, and how passing the constitution has or has not helped us eliminate it.

The Brotherhood promised us peace and stability was inevitable and on its way. The country’s media outlets repeated this mantra, saying that passing the constitution would usher in the rebuilding of state institutions; however the only institution that was ever mentioned in all this was that of the Parliament. The drafting of the constitution would lay down the necessary foundation needed to elect a new Parliament that could exercise legislative authority.

The president and the Muslim Brotherhood have not emerged from this latest struggle with enough power to fully exert their control over all state institutions. The military, for example, is perhaps stronger under this constitution and more independent then it has been previously. With regards to satellite television networks, Morsy can limit their reach but will never be able to assert his control over them completely.

The most that Morsy will be able to accomplish with the passing of the new constitution will be to meet the conditions of the IMF bank loan, which stipulates that Egypt must elect a Parliament before the loan can officially be accepted. This, it is said, will help to improve investor confidence; however in my estimation, this still will not be enough to stabilise the country as much as is needed.

So let us ask: what has contributed most to the spread of instability in Egypt, and can the passing of the constitution help lessen its effects? The first cause is the deterioration of government infrastructure, which has weakened the state’s executive branch, particularly the presidency, and the extent to which he is able to wield power. It has become quite clear that the President doesn’t have control over the country’s security forces, as the Interior Minister has time and again refused to break up protests on his own accord without first obtaining a written directive from the president, pointing out that the previous Minister went to prison for attempting to provide protection to the previous regime without permission.

As for the army, we’ve seen many examples of them demonstrating their independence. This is perhaps most clear if one recalls the recent call made by the army to both the Brotherhood and the country’s opposition to sit down and engage in dialogue. Morsy rejected the offer, while the National Salvation Front accepted, which perhaps demonstrates that Egypt’s opposition still to a certain extent views the army as independent of the nation’s politics.

At one point, Mohamed Badie engaged in a war of words with the military, accusing the latter of corruption, which prompted the army to respond in kind. Badie then rescinded his statements, claiming that the media had distorted his words.

Perhaps the clearest example of a rift between the army and the Brotherhood is demonstrated by the army’s refusal to shoot protesters headed to the Presidential Palace, which was the same response given by the military when Mubarak asked them to repress protesters during the beginning of the revolution. There’s no need to mention the divide that exists between the Presidency and the country’s judiciary, as it is well known to those both in and outside of Egypt.

At best, they’ve been able to simply prevent the complete deterioration in people’s standards of living. This in turn has led to further protests, which Brotherhood supporters have now started to label as composed of only certain sectors of society, not reflecting the general interests of the Egyptian people.

Instead of trying to understand the demands of the protesters and make difficult decisions in order to raise the standard of living for the average citizen, they’ve instead demonised those who have protested and attempted to restrict the labor movement which has participated in these protests.

The third factor leading to instability, and that which has perhaps caused the biggest uproar, is the sharp political polarisation witnessed now between the Muslim Brotherhood its allies and those Islamists who stand on the side of democracy. The Brotherhood doesn’t seem to think there exists any difference between these two factions, regarding the need to dissolve the constitution and rebuild the state from anew.

Rather they believe they are coasting towards victory, and that those who put themselves in their way are mere western agents and members or the previous regime. Morsy has stated that he suspects that those who oppose him are only 10% of the population, whereas the other 90 per cent of Egyptian society supports him. Khairat El-Shater, the Muslim Brotherhood’s initial presidential candidate, estimated that of this 10% nearly 80% are Coptic. However the country’s political divisions have evolved, and the struggle is no longer between civil and religious forces, as the former has come to include religious leaders such Abdul Manam Futuh and Amru Khalid, and the Egyptian Flow led by the youth of the Muslim Brotherhood who voted “no” on the constitution.

Our struggle is no longer religious in nature, but rather has become about the identity of the state. The Muslim Brotherhood’s goal is to build a repressive state with a religious tinge. The constitutional declaration, which collapsed in the face of the democratic resistance, was merely one step in a series of steps going towards that direction. The constitution was yet another step, and future laws restricting the right to protest will be a third step. On that note, the struggle between the powers of repression – the Muslim Brotherhood and their allies – and the country’s democratic forces will continue. For this reason the flames of disorder will continue to fan.

So after everything that has happened so far, is it still safe to say that the constitution has brought us peace and security?