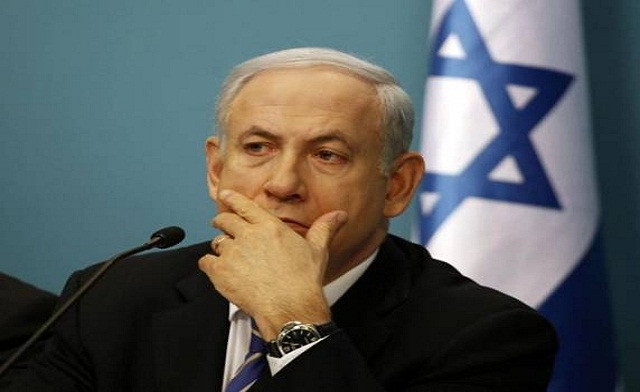 Jerusalem (AFP) – Prime Minister Benjamin Netanyahu on Sunday said Israel would erect a new security fence along its armistice line with Syria in order to protect the Jewish state from “infiltrations and terror.”

Speaking at the beginning of the weekly cabinet meeting, Netanyahu noted that a new, fortified barrier along Israel’s border with Egypt, replacing an older one, was nearly complete.

“We intend to stretch an identical fence, with some necessary changes due to the different conditions, along the Golan Heights,” he said in remarks relayed by his office, referring to the occupied Syrian plateau.

“We know that on the other side of our border with Syria today, the Syrian army has backed off, and global jihad operatives have taken its place,” he said.

“We must therefore protect this border from infiltrations and terror, as we have successfully been doing along the Sinai border.”

Netanyahu added that “the question of chemical weapons here concerns us. We are coordinating our intelligence and evaluations with the United States and others, to be prepared for any scenario and possible developments.”

A security official told AFP that the new fence in the Golan Heights would be along the outline of the old one. The official noted that Israel had already completed some 10 kilometres (6 miles) of the new Golan fence, and had “about 60 kilometres (37 miles) to go.”

The official said he believed the work would be completed during 2013.

Israel captured the Golan from Syria during the 1967 Six Day War and annexed it in 1981, in a move never recognised by the international community.