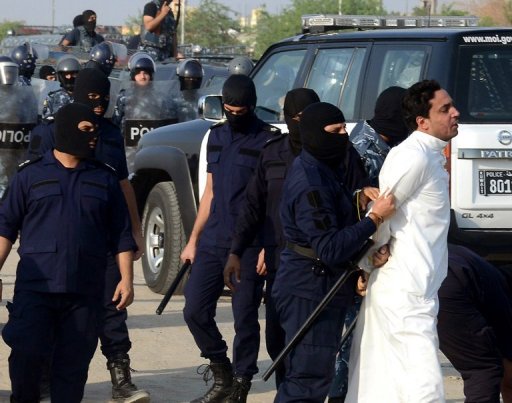 Kuwait City (AFP) – A Kuwaiti court on Sunday sentenced an opposition youth to two years in jail for writing tweets deemed offensive to the ruler of the oil-rich Gulf state, a rights activist said.

Rashed Al-Enezi, who was in the courtroom to hear the sentence, was immediately arrested by police and taken to jail, the head of the independent Kuwait Society for Human Rights, Mohammad Al-Humaidi, told AFP.

Enezi is the first to be sentenced among dozens of tweeters, activists and former opposition lawmakers who face similar charges since the government began a clampdown on the opposition in the lead-up to elections held on December 1 last year.

The opposition has been staging regular demonstrations in protest at an amendment of the electoral law and the holding of the the parliamentary vote on the basis of the amended legislation.

It has announced plans to stage a demonstration later on Sunday to demand that parliament be dissolved and the amendment to the electoral law scrapped.

Humaidi said that more than 200 opposition activists, including former lawmakers, face trial on a variety of charges, mainly criticising the emir who is protected against criticism in the constitution.

Among those are around 25 young tweeters who were arrested, interrogated and then freed on bail on charges of insulting the emir.

“The charges were not based on solid accusations but on wrong interpretation of the tweets by authorities. Most of the charges are fabricated,” said Humaidi.

The same court is slated to issue verdicts on Monday on another youth tweeter and a member of the scrapped parliament on similar charges.