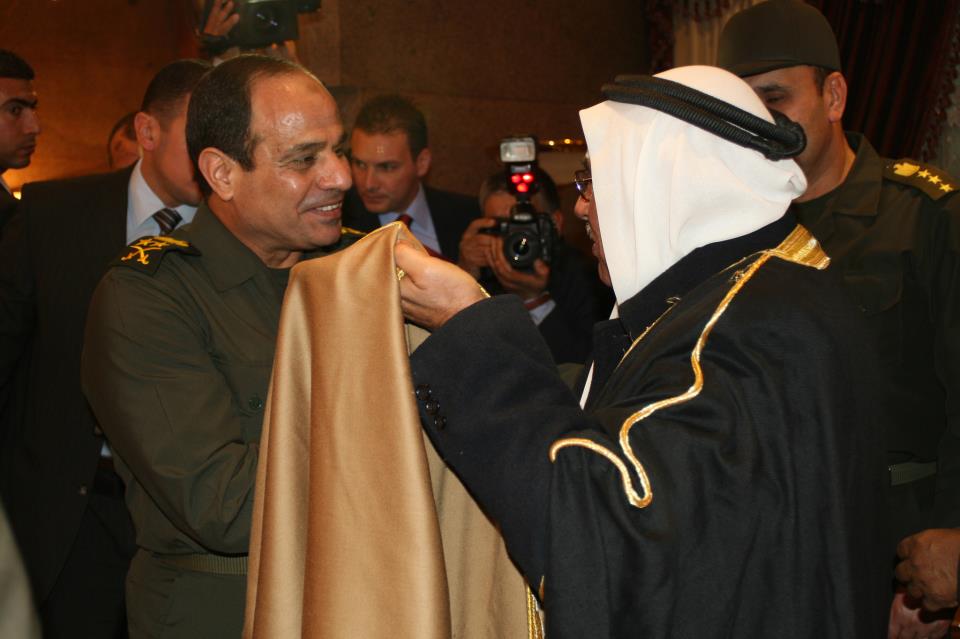 A number of Sinai sheikhs have insisted that they posed no threat to Egypt’s national security, and that they support the actions of Egypt’s armed forces in the Sinai.

In a meeting held today in Cairo with Commander in Chief of the Armed Forces and Minister of Defence Abdul Fatah Al-Sisi, the sheikhs said that both foreign and local forces were lying in wait to cause problems in the peninsula.

Sheikh Abdullah Jihama, president of the Sinai Mujahideen Organisation, said that the minister had stated that the 200 km space stretching from Tabah to Rafah would be transferred to the people of Sinai, while a study would be prepared to review the state of uninhabited territories located within 5 km of all residential blocks.

Jiharma asked that caravans transporting medical supplies to the people of central Sinai receive military escorts. Sheikh Awad Abu Sheikhu from Rafah said that the meeting had been beneficial for all in attendance.

The defence minister added that all Egyptians who possess agricultural, residential or commercial land within the 5 km range would have ownership of that land transferred to them immediately. At the same time, he forbade foreigners from owning, exploiting or renting land located in the area.

The official spokesperson for the armed forces Colonel Ahmed Muhammad Ali, stated that the army had organised the meeting with 210 tribal sheikhs, mujahedeen and other representatives from Sinai, in the presence of Al-Sisi, in order to demonstrate the good will of the armed forces to the people of the region.

A statement released on the armed forces Facebook page said that the meeting came as part of a continued dialogue between the military and the citizens of Sinai to exchange visions for the future regarding issues of mutual interest for the two sides.

The spokesman went on to report that the defence minister said that the military was proud to stand side by side with the people of the region, and considered them a natural extension of the Egyptian army.

A number of sheikhs, mujahedeen and tribal leaders praised the efforts of Egypt’s armed forces, saying that they stood as one alongside them to protect Sinai, one of Egypt’s richest provinces.