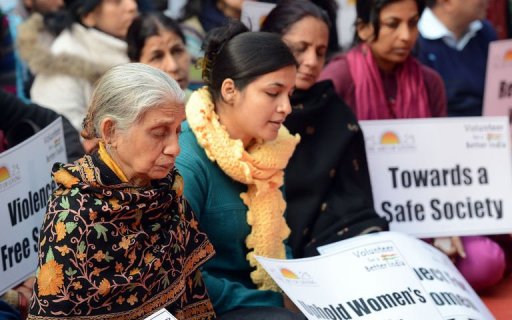 New Delhi (AFP) – The magistrate hearing the case of five men accused of gang-raping and murdering a 23-year-old student in New Delhi ordered on Monday that their first appearance in court take place behind closed doors.

“The court has become jam-packed,” magistrate Namrita Aggarwal told the court amid noisy protests from lawyers and a media scrum. “It has become impossible for this court to conduct proceedings in this case.”

A group of lawyers from the Saket city court complex were denouncing other advocates who have stepped forward to defend the accused, which delayed the start of proceedings in the packed courtroom before lunch time.

The stuffy room with space for no more than 30 chairs was struggling to contain about 150 people by mid-afternoon, including dozens of lawyers with no connection to the case and local and international journalists.

The five suspects aged 19-35 had been expected to appear together in court for the first time. They face murder, kidnap and rape charges in a case that has appalled Indiaand led to soul-searching about the treatment of women.

Late morning, several blue Delhi police buses escorted by two police cars, which were believed to be carrying the suspects, were seen driving into the court complex in south New Delhi.