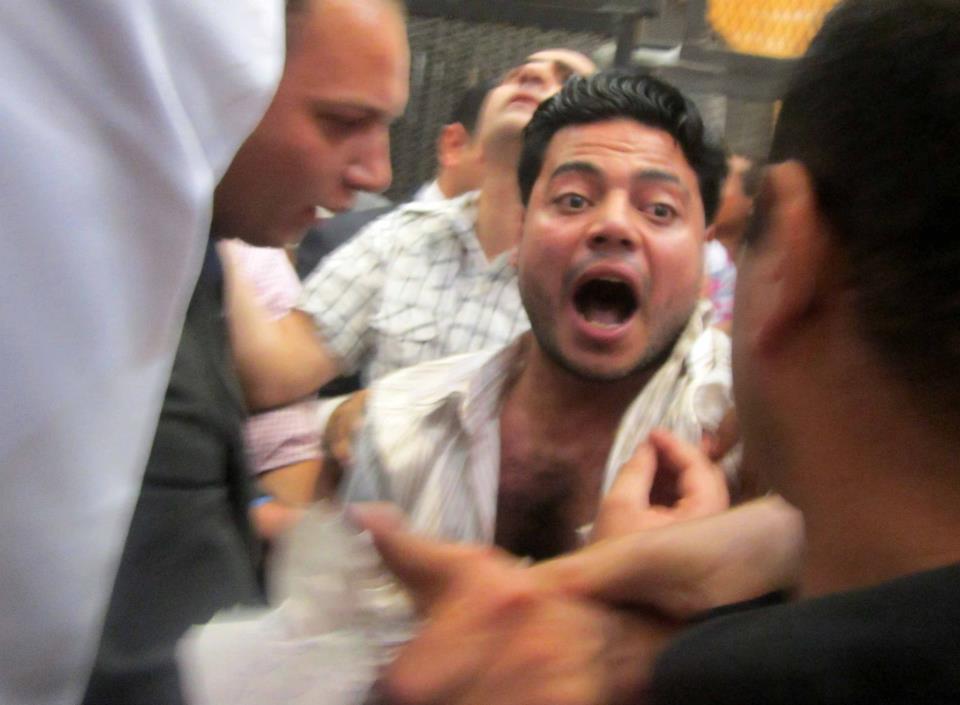 The Cairo Criminal court has sentenced a journalist to a year in prison for assaulting a police officer during former President Hosni Mubarak’s trial.

Walid Ismael, the legal editor of Al-Tahrir newspaper, said that the sentence came as a surprise to him, as it was issued in absentia.

Ismael said he was assigned by his newspaper to cover Mubarak’s trial. “At the verdict session, lawyers of martyrs’ family were furious because Mubarak’s sons along with high ranking security officials were declared innocent.”

He added that the journalists were almost 40 metres away from the lawyers.

“We tried to approach them for comment but the police officers forcibly stopped us, assaulted and even ripped the clothes of some journalists,” he said.

Ismael said the journalists asked security officials to report the incident but they refused.

“They kept us inside the court room and allowed the police officers who assaulted us to leave,” he said.

Board member of the press syndicate Khaled Meery suggested writing a memorandum about what had happened and presenting it to the court head.

Ismael said an officer then came and asked for their names, saying he would use them to write the report they wanted, “but eventually we found out that they had accused us of assaulting officers.”

He said the Press Syndicate filed a report with the prosecutor general about the incident but nothing happened.

“The police informed me that I had been sentenced in absentia for a year in prison, when I didn’t even know there was a lawsuit against me,” Ismael said.

He added that two legal counsellors from the syndicate and Al-Tahrir newspaper will request an injunction to stop the implementation of the sentence.

“After we stop the sentence we will request a retrial” Ismael said.

He added that this was not his first dispute with the police. “I don’t tolerate insults from police officers. They are used to treating people and especially journalists in a bad way; but this was the first time I’ve been sentenced,” Ismael said.