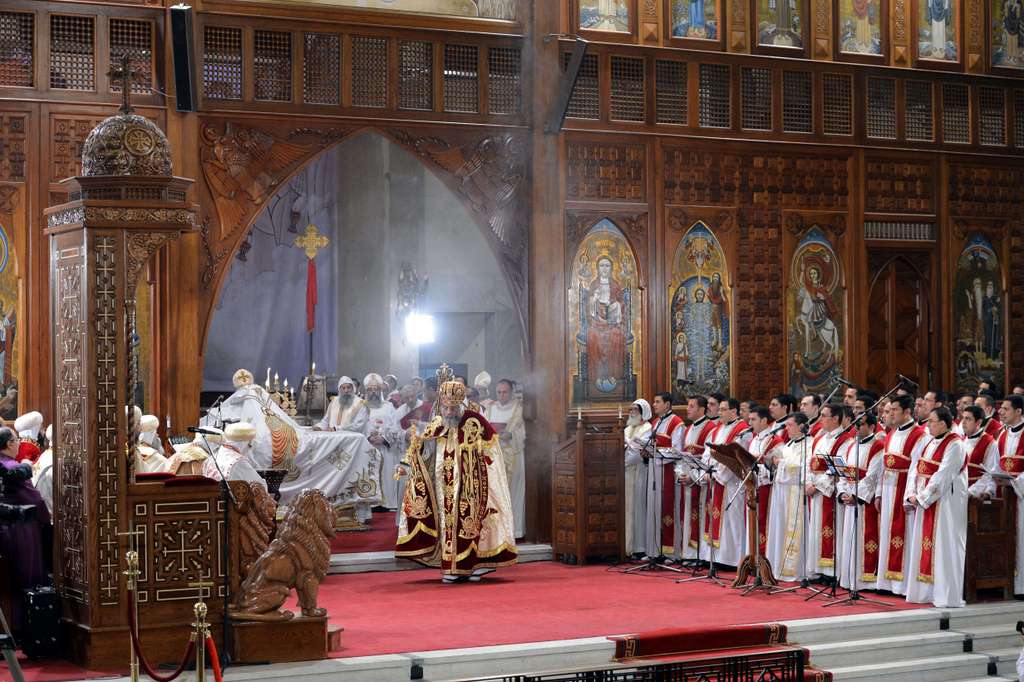 Pope Tawadros II prayed for President Mohamed Morsy’s safety and guidance during the sermon delivered at St Mark’s Cathedral in Cairo on Sunday, in celebration of Coptic Christmas.

Following the Christmas mass, Pope Tawadros thanked Morsy, Prime Minister Hesham Qandil and Head of the Shura Council Ahmed Fahmy for sending their greetings to him and all Coptic Christians. He then spoke about about the nativity and its meanings and, reported state-owned news agency MENA.

Pope Tawadros said: “We pray for Egypt. We do not pray for the lands, but we pray for the people. May God preserve all humanity; the president and all officials and guide them in managing the affairs of the state and the worshippers.”

The Pope also delivered prayers for peace in all states suffering conflicts: “Peace will not prevail until humans repent.”

The presidency’s chief of staff Refa’a Al-Tahtawi attended the celebrations on behalf of the president. The Minister of Agriculture Salah Abdel Mo’men attended on behalf of Qandil.

Pope Tawadros II was officially enthroned as the 118th pope of the Coptic Orthodox Church on 18 November, 2012. This Christmas marks his first Coptic celebration as pope.

The Coptic Orthodox Church is the largest Christian community in the Arab world, making up roughly ten percent of Egypt’s population. Over recent decades, millions of Copts have established communities overseas in places such as North America, Europe, and Australia.